Home > Back to Search Results > Mormons are heading west...
Click image to enlarge 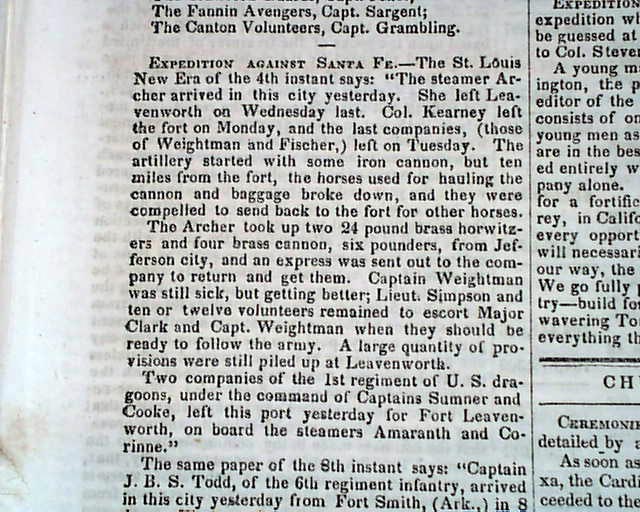 Inside has: "Expedition Against Santa Fe" which reports on the military events there.
This is followed by: "From the Mormon Camp" which notes in part: "...left the most distant camp of the Mormons at Council Bluffs...passed the whole line of Mormon emigrants...that the advance company of the Mormons, with whom were the Twelve, had a train of one thousand wagons...whole number of teams attached to the Mormon expedition is about three thousand seven hundred...From two to three thousand have disappeared from Nauvoo in various directions..." with more, all taking a full column of text.
This is followed by: "Expedition to the Pacific".
Sixteen pages, 8 3/4 by 12 inches, very nice condition.