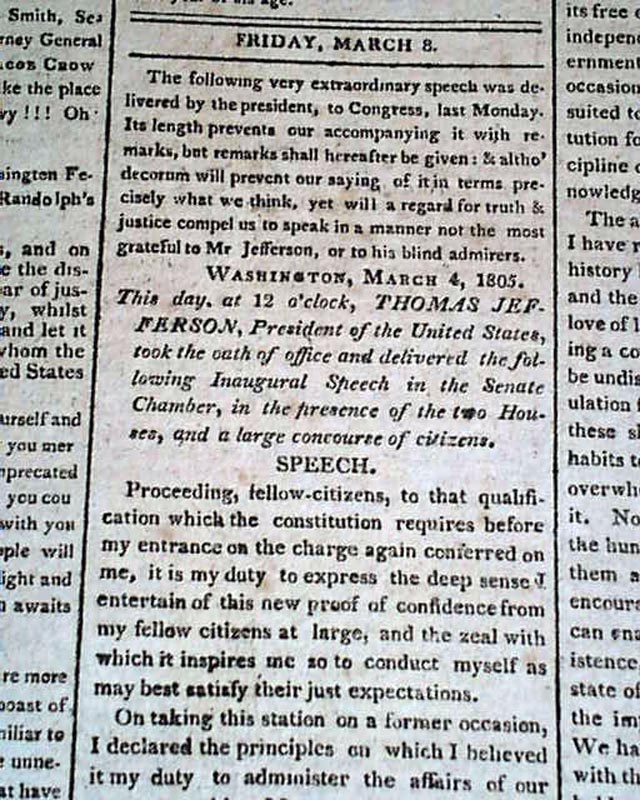 
NEW YORK HERALD, March 9, 1805  A very historic issue as over half of page 2 is taken up with Thomas Jefferson's inaugural address for his second term as President, introduced with: "This day at 12 o'clock THOMAS JEFFERSON, President of the United States, took the oath of office and delivered the following Inaugural Speech i the Senate Chamber in the presence of the two Houses and a large concourse of citizens." followed by: "SPEECH" which is signed at its conclusion: Th. Jefferson.
Page 3 has a "Message" signed by the President: Th. Jefferson, introducing a letter from Commodore Preble, continued in a future issue.
Four pages, very nice condition.