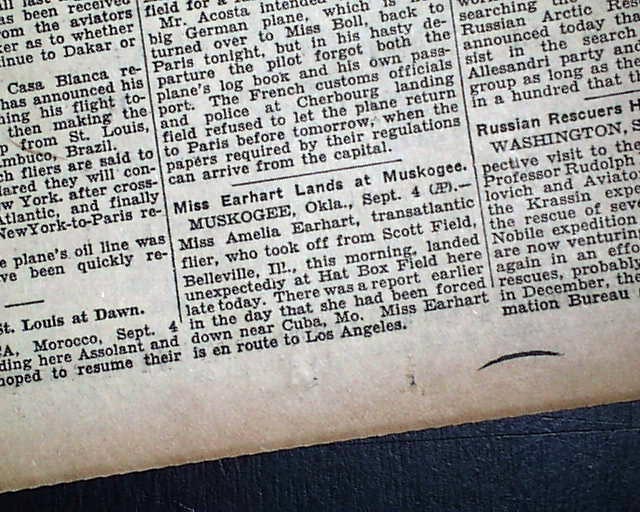 The bottom of page 2 has a very small and discrete heading: "Miss Earhart Lands at Muskogee" First report coverage on Amelia Earhart landing at Hatbox Airfield at Muskogee, Oklahoma
Other news, sports and advertisements of the day. Complete in 56 pages, light toning at the margins, a few small binding slits along the spine, generally in very nice condition.