Home > Back to Search Results > The Million Man March at the nation's capital...
Click image to enlarge 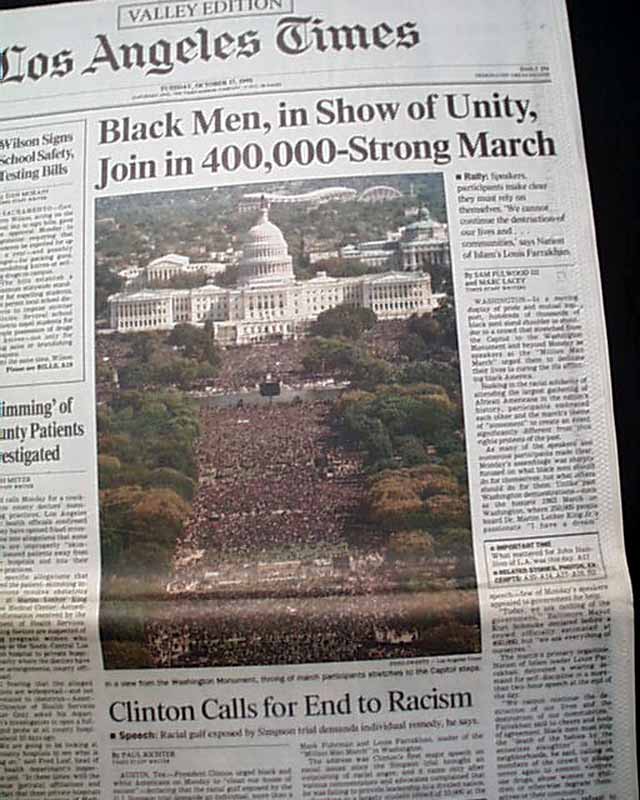 The Million Man March at the nation's capital...

The nice headline reports on the Million Man March on Washington with: "Black Men, in Show of Unity, Join in 400,000-Strong March". This event was a gathering of African-American men at the National Mall, called by Louis Farrakhan. Also on the ftpg: "Clinton Calls for End to Racism" with more. Coverage--with several more photos--carries over to pages 10-14 and 20+. The ftpg. features a nice color photo captioned: "In a view from the Washington Monument, throng of march participants stretches to the Capitol steps."
The complete sections A,B & C only. Very nice condition.