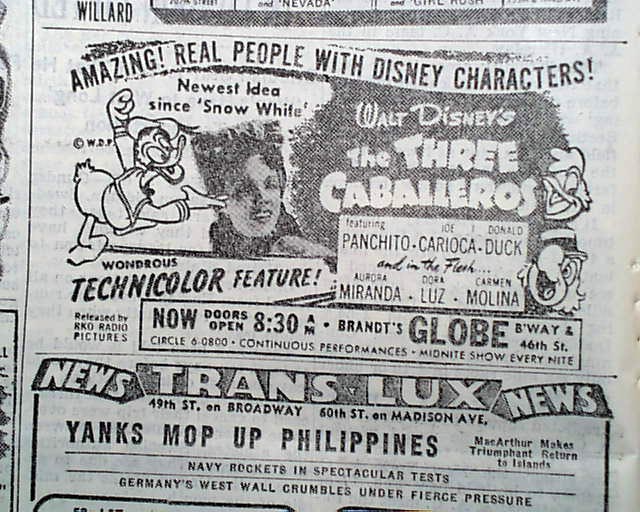 This issue has a premier week ad for the historic release of the 1st movie to merge animation and live action.  Walt Disney's The Three Caballeros starred: Panchito, Joe Carioca, and Donald Duck, with actresses Aurora Miranda, Dora Luz and Carmen Molina. Although the ad is quite small, it is historic.
Additionally, page 34 has a one column heading: "POLL TAX REPEAL SENT TO GEORGIA GOVERNOR".
Other news, sports and advertisements of the day.
Complete in 34 pages, small binding holes on the left margin, otherwise in very nice condition.