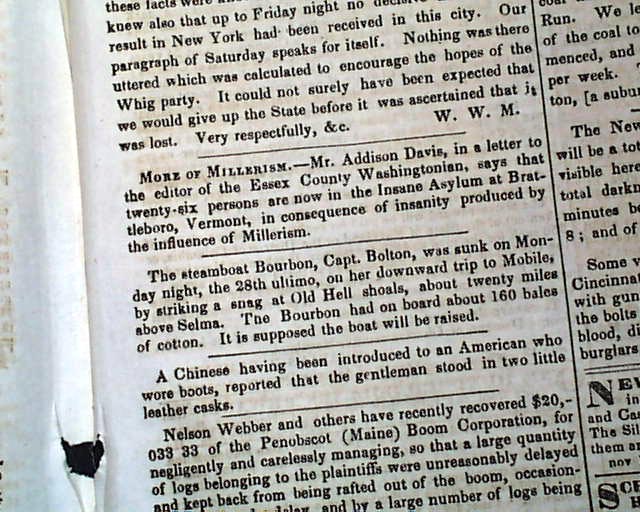 
DAILY NATIONAL INTELLIGENCER, Washington, D.C., Nov. 13, 1844  Page 3 has a brief yet intriguing article: "More Of Millerism" which reports: "Mr. Addison Davis...says that 26 persons are now in the insane asylum at Brattleboro, Vermont, in consequence of insanity produced by the influence of Millerism."
The Millerites, led by William Miller, believed that the second coming of Jesus would happen in the years 1843 or 1844. His beliefs were taken as predictions, spread widely, and believed by many.
Four pages, very nice condition.