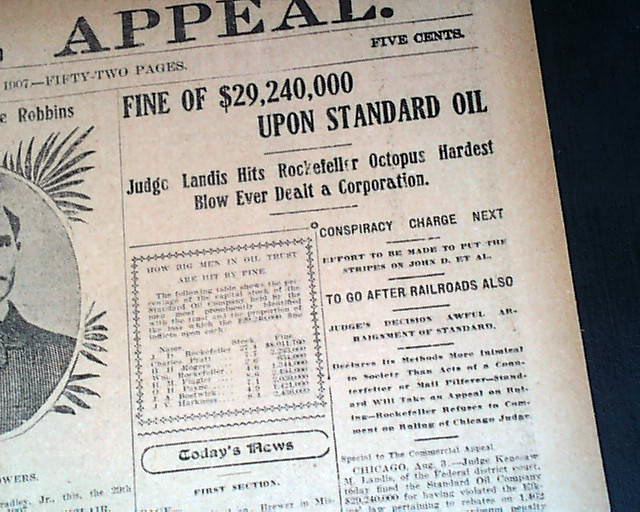 The front page has two column heads on one of the more noteworthy court decisions in the business world, signaling the end of the mega-empires created in the 19th century.
"FINE OF $29,240,000 UPON STANDARD OIL" "Judge Landis Hits Rockefeller Octopus Hardest Blow Ever Dealt a Corporation" with one column subheads: "Conspiracy Charge Next" "Effort to Be Made to Put the Stripes on John D, et al" "To Go After Railroads Also" "Judge's Decision Awful Arrangement of Standard" and more.
This historic fine presaged the end of Standard Oil, which four years later would be broken up by the Supreme Court into 34 separate entities, a result of the Sherman Antitrust Act.
Complete in 52 pages including 4 pages of color comics. Very nice condition.