Home > Back to Search Results > Battle of Stalingrad ending with Nazis defeat...
Click image to enlarge 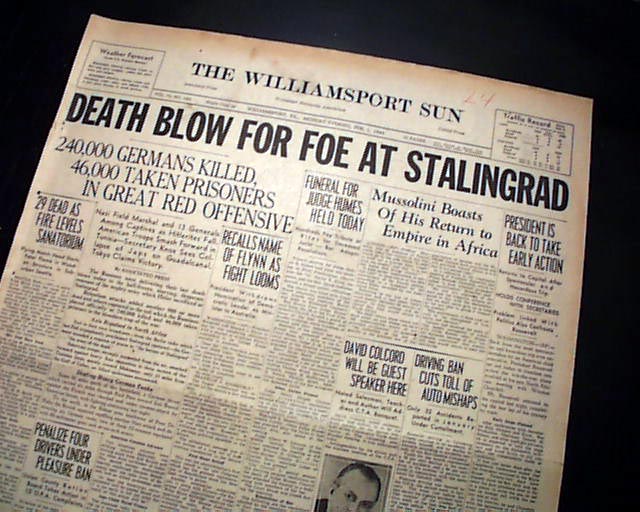 The front page has a nice banner headline: "DEATH BLOW FOR FOE AT STALINGRAD" with subheads (see photos). Some front page coverage on the ending of the Battle of Stalingrad which was considered the 1st major loss for the Nazis and a major turning point during World War II.
FRONT LEAF ONLY (pages 1 & 2), minor left margin wear, nice condition. Great for display as such. 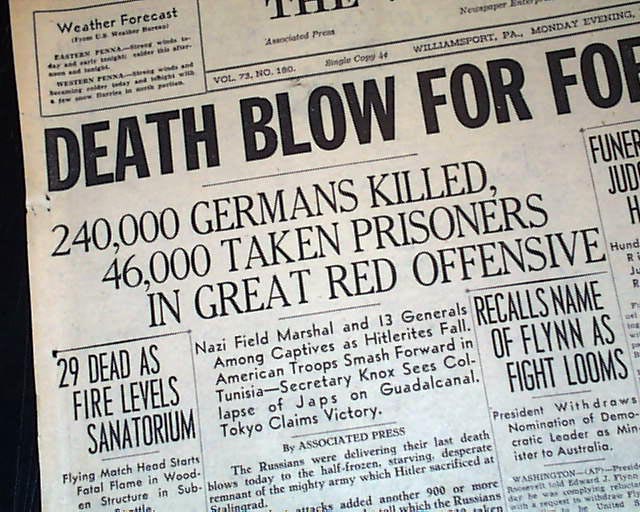 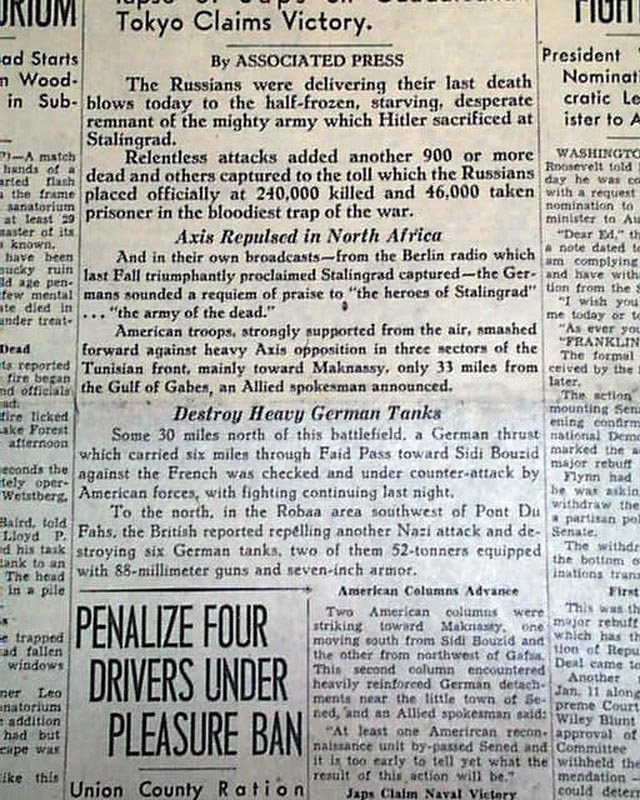 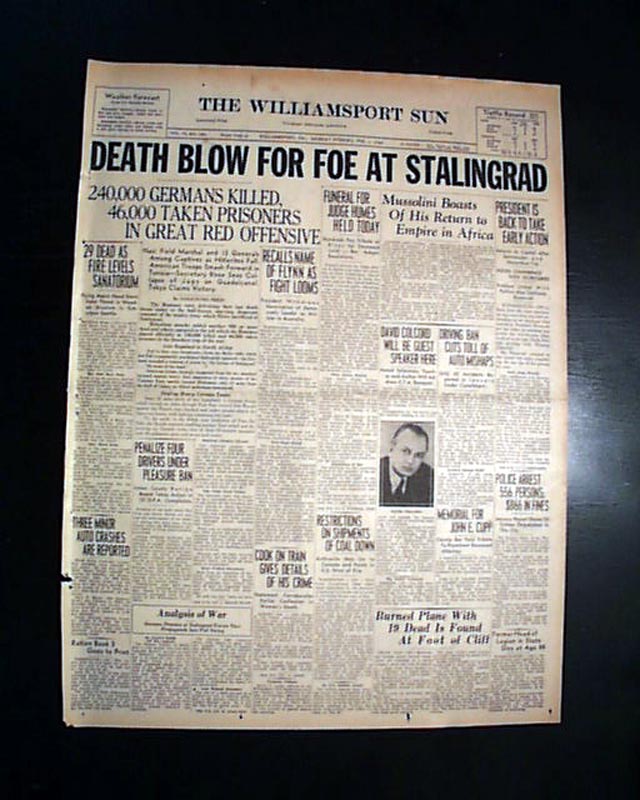