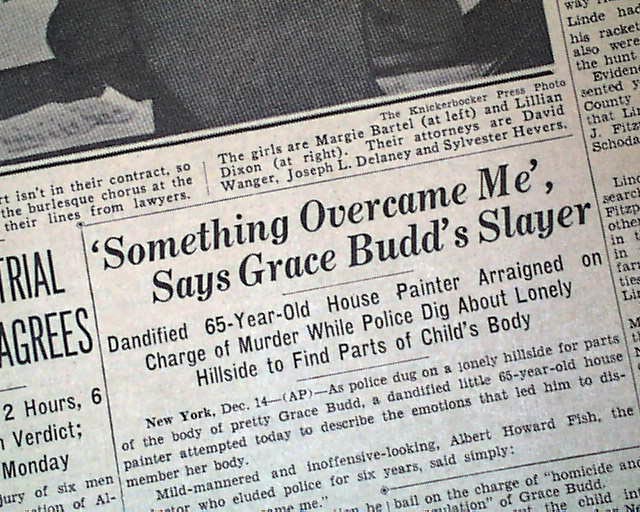 The front page has a two column heading: "'Something Overcame Me', Says Grace Budd's Slayer" with subhead. (see)
Other news, sports and advertisements of the day. Complete in 16 pages, light toning at the margins, a few binding slits along the spine, generally nice.