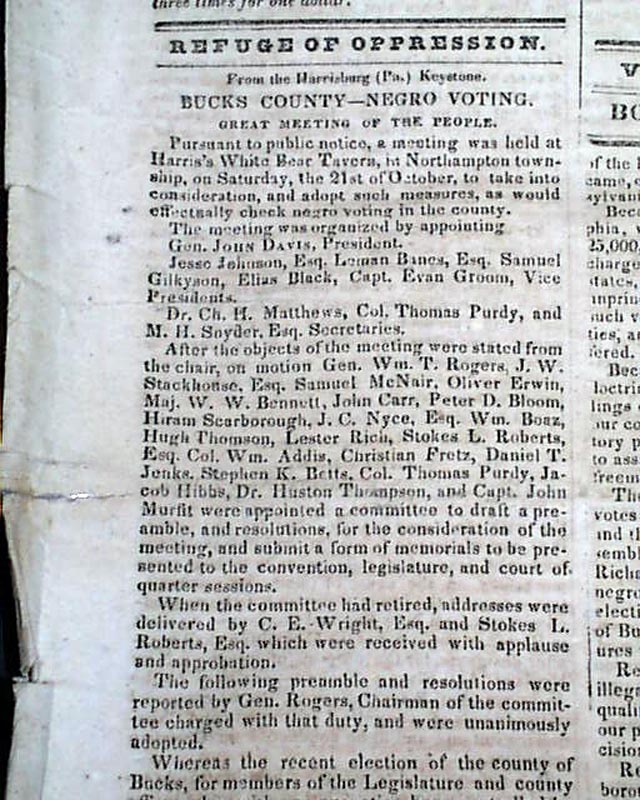 A very early issue of this famous anti-slavery newspaper...


THE LIBERATOR, Boston, Nov. 17, 1837  It is rare to find such early issues of this famous anti-slavery title edited by William Lloyd Garrison. It began publication just 6 years earlier. The masthead features a woodcut engraving of a slave auction.
Much anti-slavery content as one might expect, including: "Refuge of Oppression - Bucks County - Negro Voting" "Slavery - Windhgam County Consociation" "Arrest of Kidnappers" "Legislature of Vermont - Texas, Slavery, the Slave Trade" and more.
Subscriber's name above the masthead: "J. Gibbons" could be Joseph Gibbons of underground railroad fame but this cannot be confirmed.
Four pages, never bound nor trimmed (uncommon to find as such), some loss at the blank margins not close to any test, various margin tears, otherwise good condition. Folder size noted is for the issue folded in half.