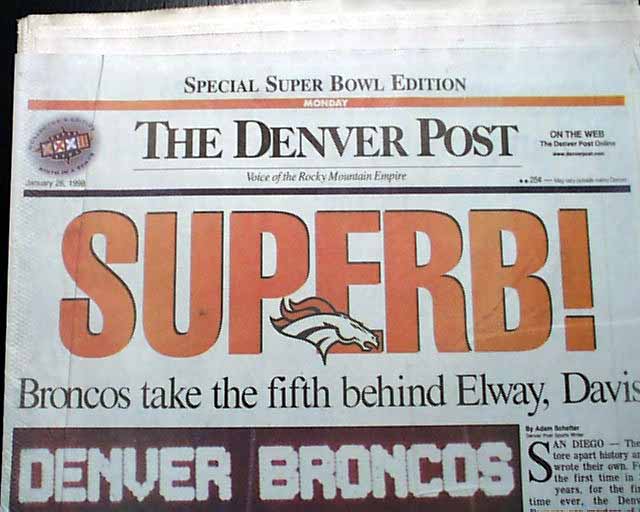 Note: The Denver Post printed two versions for this date.  This is the edition which shows John Elway holding the Vince Lombardi Trophy up in victory.