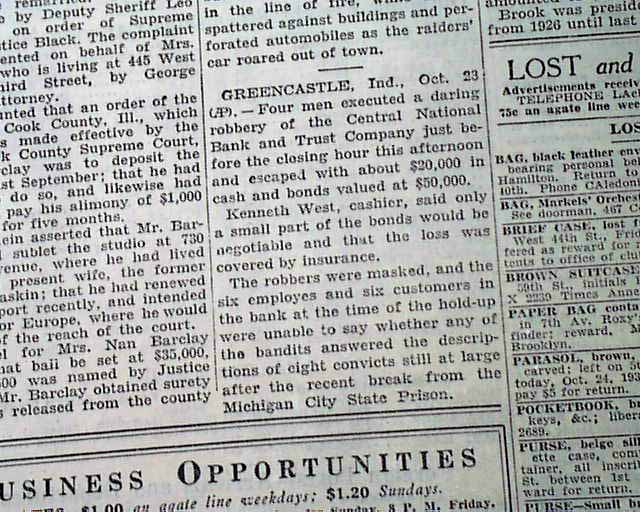 The back page has a small & discrete report from Greencastle, Ind. that begins with: "Four men executed a daring robbery of the Central National Bank and Trust Company...." (see) Unfortunate for the brief report here but still a first report in this famous publication.
Other news, sports and advertisement of the day. Complete in 44 pages, rag edition, a little spine wear, nice condition.