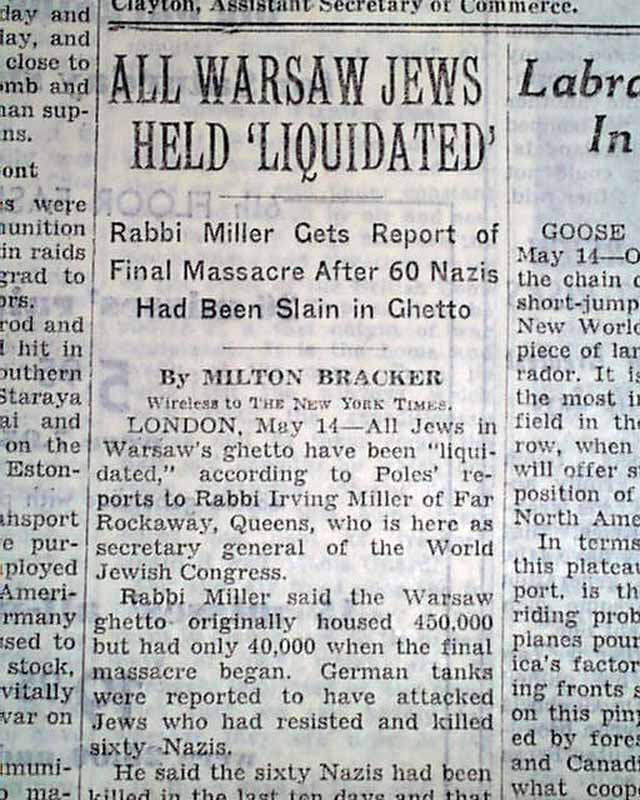 This 30 page newspaper has one column headlines on page 6: "ALL WARSAW JEWS HELD 'LIQUIDATED'" "Rabbi Miller Gets Report of Final Massacre After 60 Nazis Had Been Slain in Ghetto" See photos for text on the end of the Warsaw Ghetto uprising.
Other news, sports and advertisements of the day throughout with much on World War II. Rag edition in very nice condition.