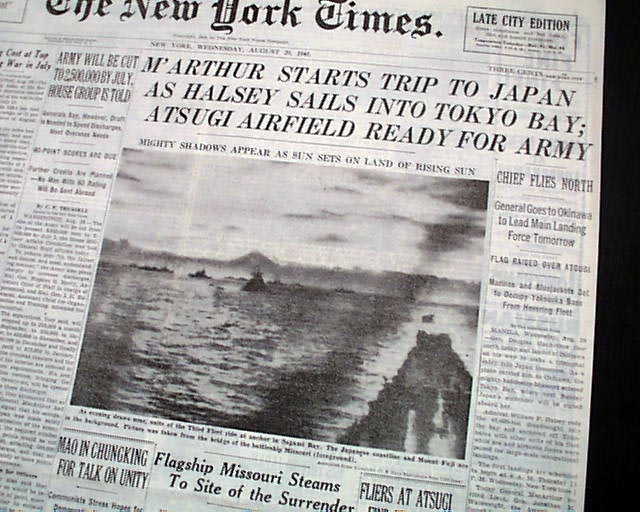 The top of the front page has a five column headline: "M'ARTHUR STARTS TRIP TO JAPAN AS HALSEY SAILS INTO TOKYO BAY; ATSUGI AIRFIELD READY FOR ARMY" with subheads and related photo. (see) Coverage on the initial occupation Japan with the United States Navy entering Tokyo Bay. The official signing of surrender would take place on board the USS Missouri a few days later.
Complete with 38 pages, rag edition in great condition.