Home > Back to Search Results > 1903 territory of New Mexico...
Click image to enlarge 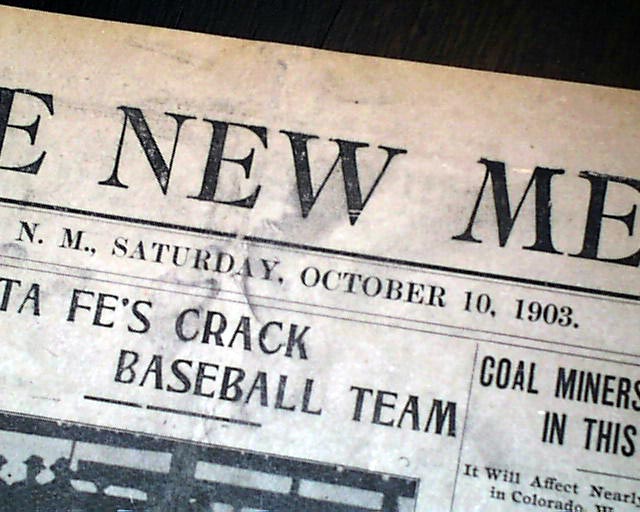 * Before New Mexico became a state

An early "territorial" newspaper as New Mexico did not become a state until 1912, 9 years later.
News of the news with several advertisements. Complete with 8 pages, a little light staining to top portion, a little irregular along the spine, generally nice.