Home > Back to Search Results > Formal end of World War I....
Click image to enlarge 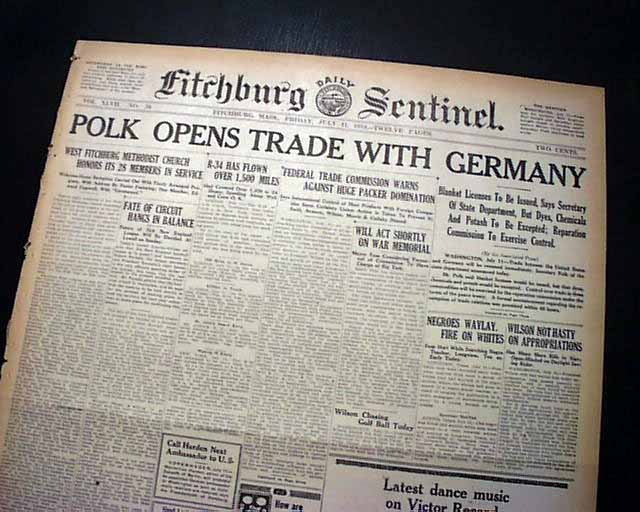 * re. Treaty of Versailles ratification
* World War I - WWI ends

The front page has a banner headline: "POLK OPENS TRADE WITH GERMANY" with subhead. (see) Coverage on Germany recently ratifying the "Treaty of Versailles" which would formally end World War I.
Other news and advertisements of the day. Complete in 12 pages, light browning, minor margin wear, generally nice