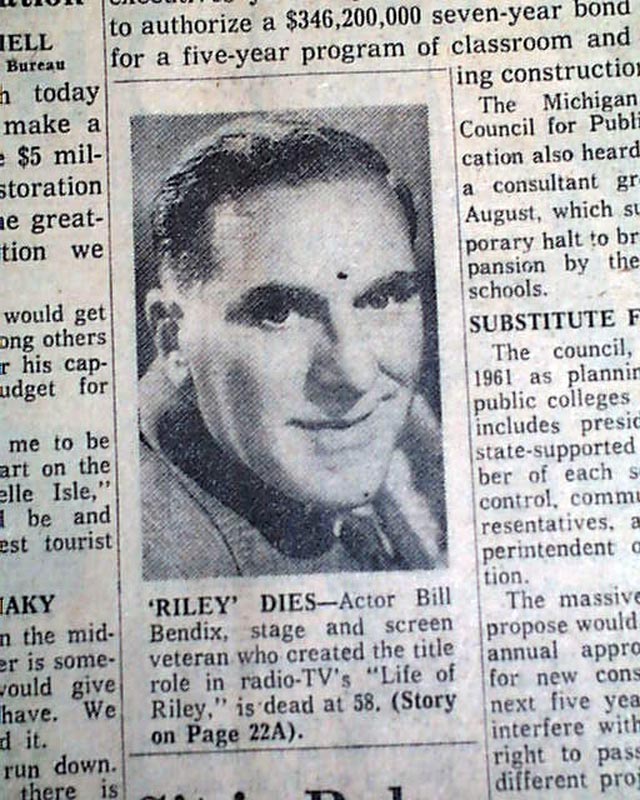 The front page has a small one column photo with tiny heading: "'Riley' Dies" The top of page 22 has a three column heading: "Bill Bendix Dies at 58; TV's 'Riley'" (see) He was best known for the title role in "The Babe Ruth Story" and the TV series "The Life of Riley"
Complete with 50+ pages, small binding holes along the spine, small library stamp within masthead, nice condition.