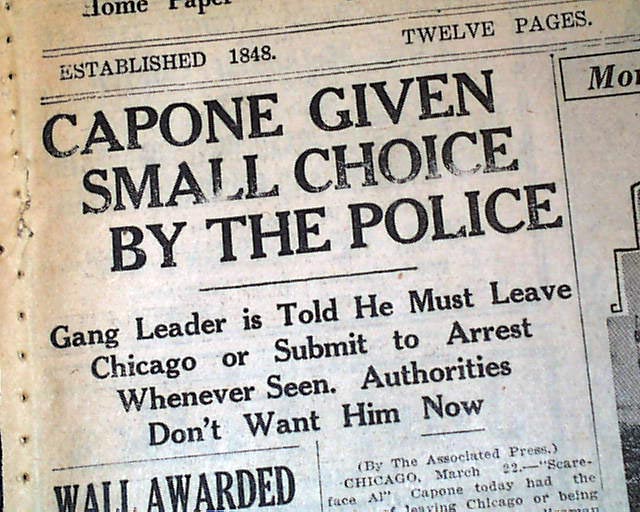 The top of the front page has a two column heading: "CAPONE GIVEN SMALL CHOICE BY THE POLICE" with subhead. (see) Coverage on Al Capone turning himself in to Chicago police after returning to the city from a 10 month prison sentence in Philadelphia. He would never again be able to present himself in public on the Chicago streets. His final arrest would come about a year later.
Complete with 12 pages, light toning at the margins, a little spine wear, generally good.