Home > Back to Search Results > Japanese attack upon California...
Click image to enlarge 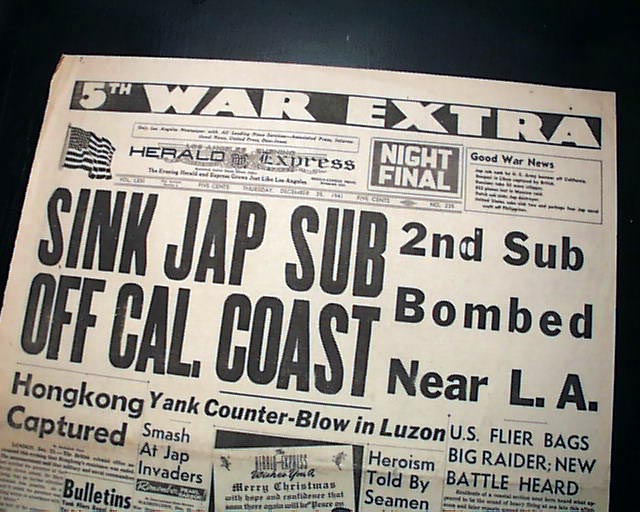 * Battle off the California coast ?

The large headline announces: "SINK JAP SUB OFF CAL. COAST" and: "2nd Sub Bombed Near L.A." with various subheads. There was much paranoia early in WWII that California would be a focus of a Japanese attack, hence this headline which would likely only be found in a California newspaper.
The front leaf only, a little irregular along the left margin, nice for display as such.