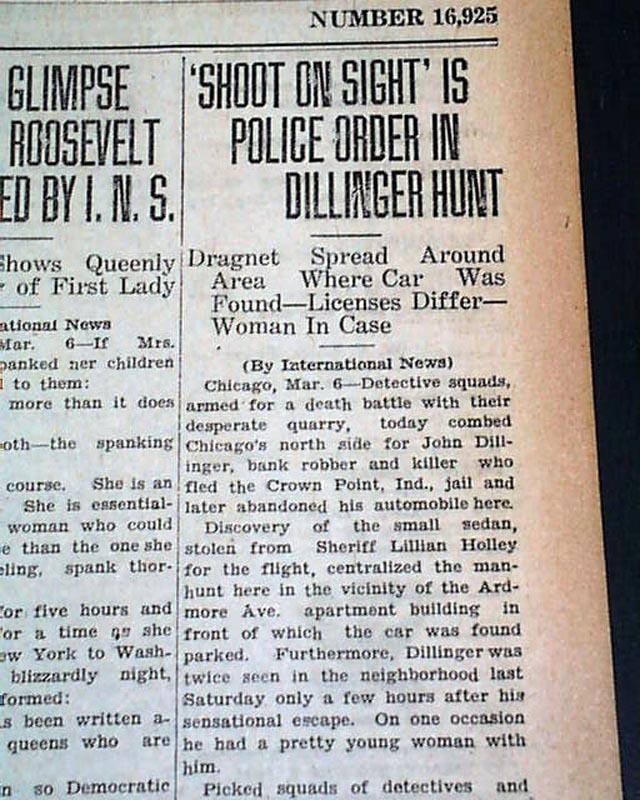 The top of the front page has one column headings: "'Shoot On Sight' Is Police Order In Dillinger Hunt" and "Dillinger Captured Near Here Yesterday false Report States" with subheads. (see)
FRONT LEAF ONLY (pages 1 & 2), light toning and a little wear at the margins, generally good.