Home > Back to Search Results > Much on the slaves from the yacht Wanderer...
Click image to enlarge 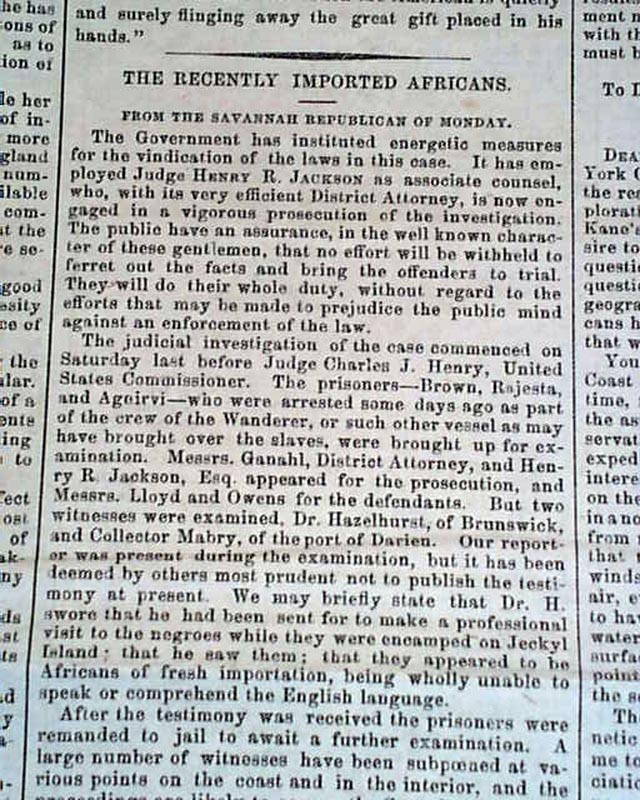 Much on the slaves from the yacht Wanderer...


DAILY NATIONAL INTELLIGENCER, Washington, D.C., Dec. 24, 1858  Page 3 has: "The Recently Imported Africans" from the slave ship Wanderer, noting in part: "...have brought over the slaves...made a professional visit to the negroes while they were encamped on Jekyll Island...they appeared to be Africans of fresh importation...that the Wanderer...brought over no slaves, but was simply a consort or decoy on the passage..." with much more.
Four pages, good condition. The folder size noted is for the issue folded in half.