Home > Back to Search Results > Early map of North America printed in 1824...
Click image to enlarge 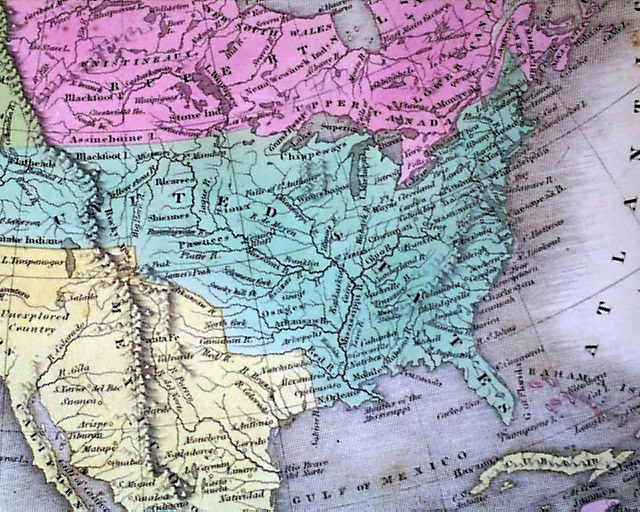 
Map of "North America" by Anthony Finley, Philadelphia, 1824.  A fascinating antique map of North America, showing an immense "Russian Possessions" (Alaska), extending down to the northern border of Oregon Territory.
Buenaventura River extends from the Rockies to San Francisco Bay. The Rocky Mountains extend from Central Mexico to the Arctic Circle. Mississippi River drainage well depicted, but regions west of the Rockies are still largely unexplored. Upper California is New Albion. Ft. Astoria and Clatsop are shown in Oregon Territory. Northwest Alaska is still badly misshaped.
Measures 9 3/4 by 13 inches, various older tape mends at the margins or verso, various tears at the margin, some light staining or foxing.

A "Cruise Around the World" newspaper...