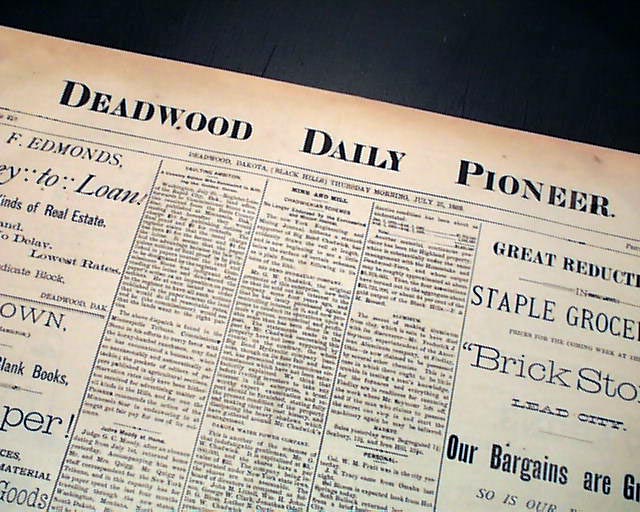 
DEADWOOD DAILY PIONEER, Black Hills, (South Dakota) July 25, 1889  This city would arguably be--along with Tombstone & Dodge City--one of the more famous of all the towns from the rough & tumble days of the Old West, and only rarely do such issues come to light. It attracted larger-than-life Old West figures including Wyatt Earp, Calamity Jane, and Wild Bill Hickok (who was killed there). "Union List of Newspapers" notes only two institutions have but scattered 19th century issues of this title.
Among the articles are: "Mine & Mill" "Encountered a Cinnamon Bear" "Dakota's Contribution to the World's Stock of the Gold and Silver" & more including a variety of local tidbits. Also a great wealth of illustrated advertisements.
Four pages, very nice condition.