Home > Back to Search Results > Boston magazine from the 18th century...
Click image to enlarge 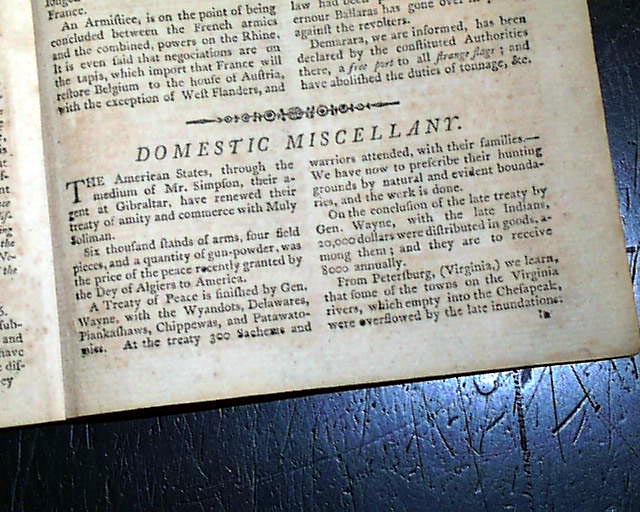 Boston magazine from the 18th century...

Item # 683613 THE MASSACHUSETTS MAGAZINE, Boston, September, 1795  Articles within include: "Account of Warren Hastings" "The Delights of Benevolence" "Description of a Highland Hut" "The Cacique of Ontario" "On Ascending Thunder" and more.
Near the back is the "Monthly Gazette" with the latest news including a report that: "A Treaty of Peace is finished by
Gen. Wayne with the Wyandots, Delawares Piankashaws, Chippewas, and Pateawatonies...300 Sachems and warriors attended...We have now to prescribe their hunting grounds..." and more.
The plate called for is lacking.
Complete in 64 pages, 5 by 8 inches, full title/contents page, one of the pages with poems is partially missing, another leaf has a corner lacking, otherwise in very nice condition.