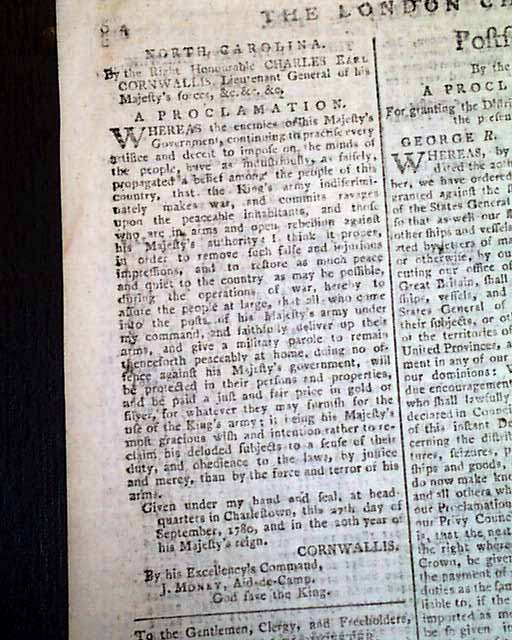 An inside page has from North Carolina: "A Proclamation" by Earl Cornwallis which mentions in part: "Whereas the enemies of his Majesty's government continuing to practice every artifice & deceit to impose on the minds of the people...propagated a belief...that the King's army indiscriminately makes war & commits ravages upon the peaceable inhabitants...I think it proper in order to remove such false & injurious impressions..." with more, signed in type: Cornwallis (see).
The bkpg. has a report from South Carolina with: "...the agreeable news that Colonel Leslie was safe arrived at Virginia with a considerable body of troops & had fixed his standard there, of which the inhabitants had no sooner intelligence than they flocked to him in great numbers & took the oaths of allegiance to his Majesty...also bought intelligence that Lord Cornwallis was gone for North Carolina..." with a bit more (see).
Eight pages, 8 1/2 by 11 1/4 inches, rubbing to the front leaf, otherwise in nice condition. 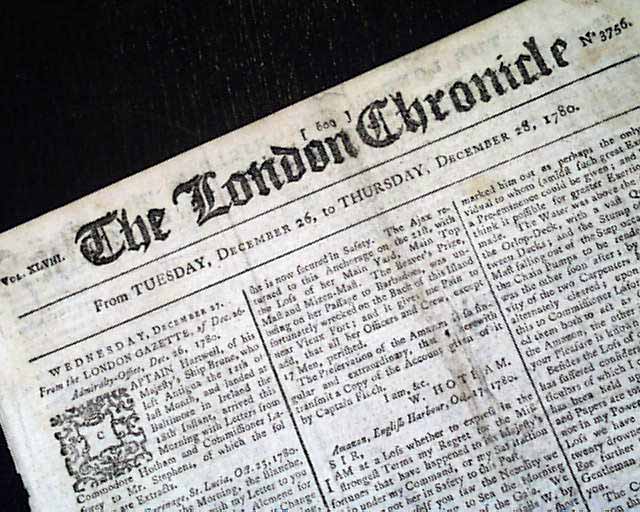 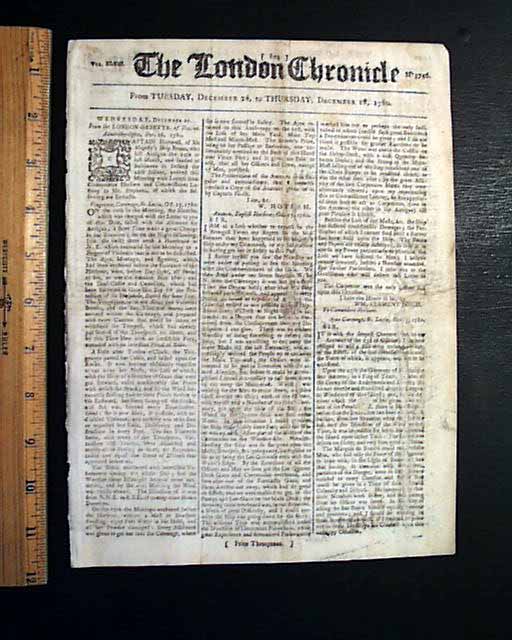 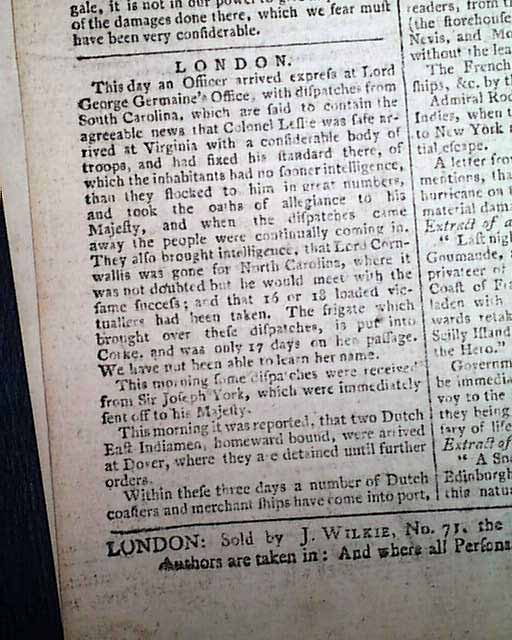 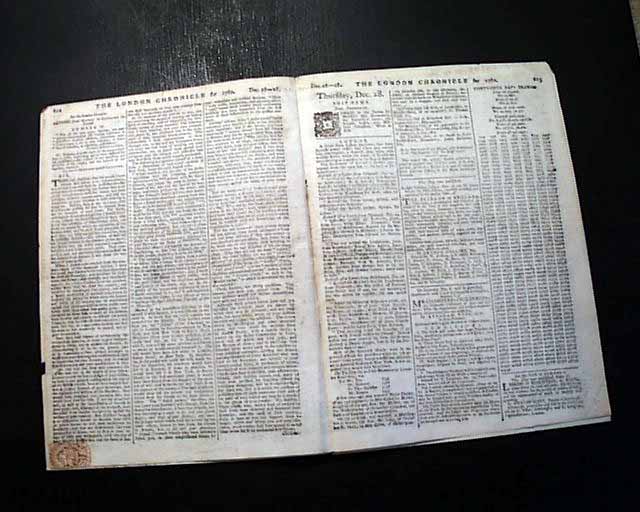