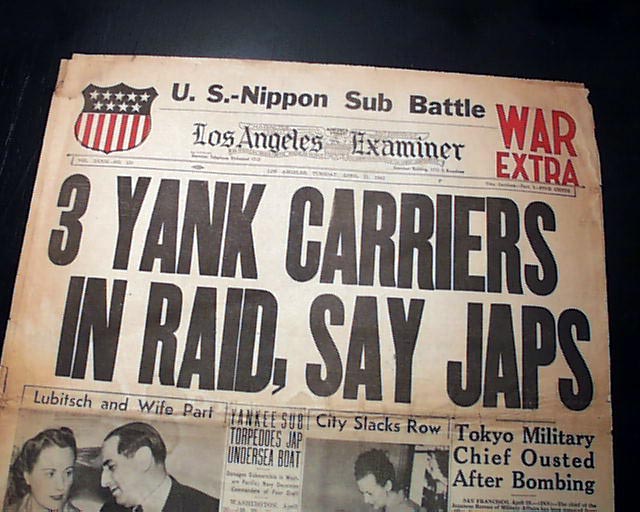 The front page has a nice banner headline in large lettering: "3 YANK CARRIERS IN RAID, SAYS JAPS" with subhead. Related photo is on page 2. (see) This was the famous Doolittle raid on Japan. It was not known at the time that James "Jimmy" Doolittle was involved due to secrecy.
FRONT LEAF ONLY (pages 1 & 2), tiny archival mends on page 2, a little light staining, nice for display as such. 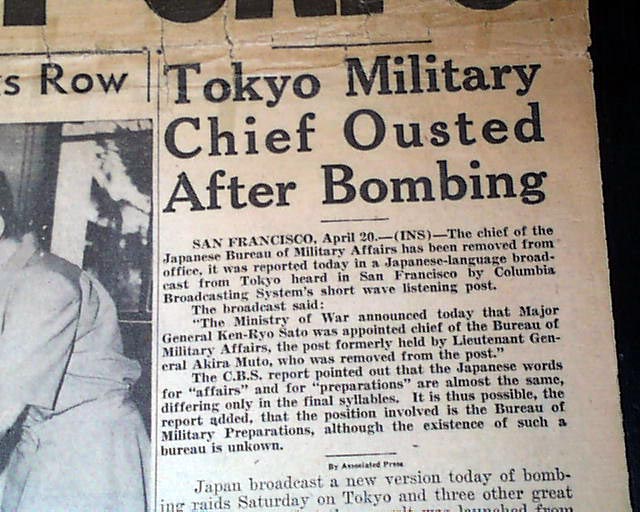 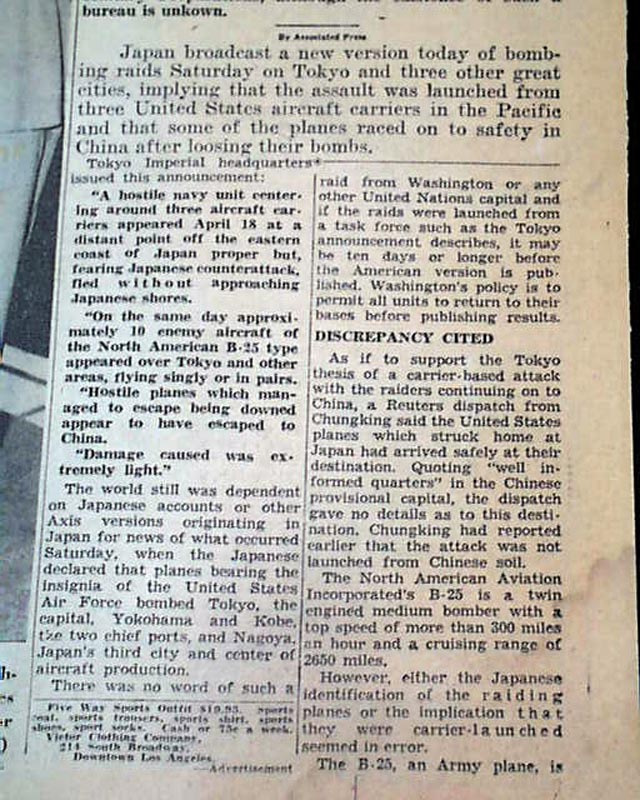 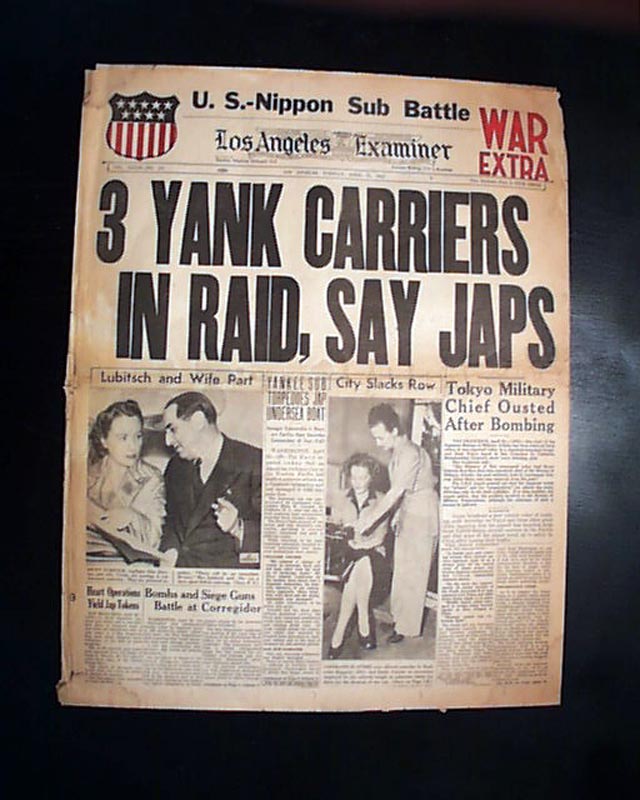 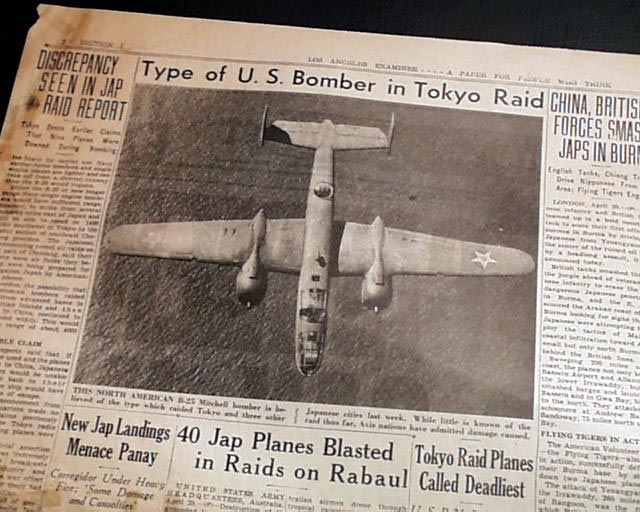