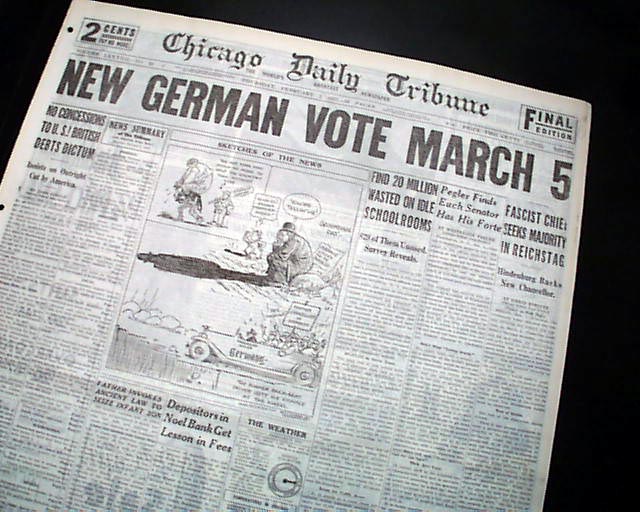 The front page has a banner headline: "NEW GERMAN VOTE MARCH 5" with subheads. (see) Related photo is on the back page.
Complete with 20 pages, rag edition in great condition. A few small binding holes along the spine.

wikipedia notes: In his first speech as Chancellor of Germany, Adolf Hitler addressed the Reichstag and was broadcast nationwide on the radio. He declared that "Within four years, the German farmer must be raised from destitution. Within four years, unemployment must be completely overcome." By 1936, full employment would be achieved, at the expense of suppressing all political opposition.