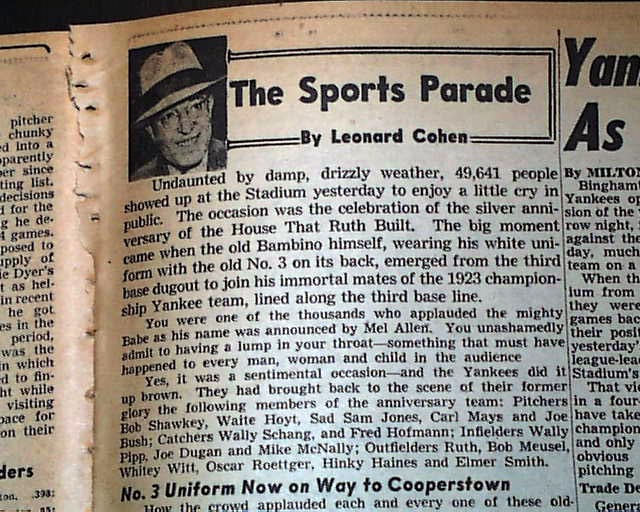 Page 42 has an editorial under "The Sports Parade" First report coverage on Babe Ruth's final farewell at Yankee Stadium on it's 25th anniversary. He would die a few months later of cancer. Nice to have in a NYC publication.
Complete with 44 pages, light toning at the margins, minor spine wear, small library stamp within the masthead, generally very nice.