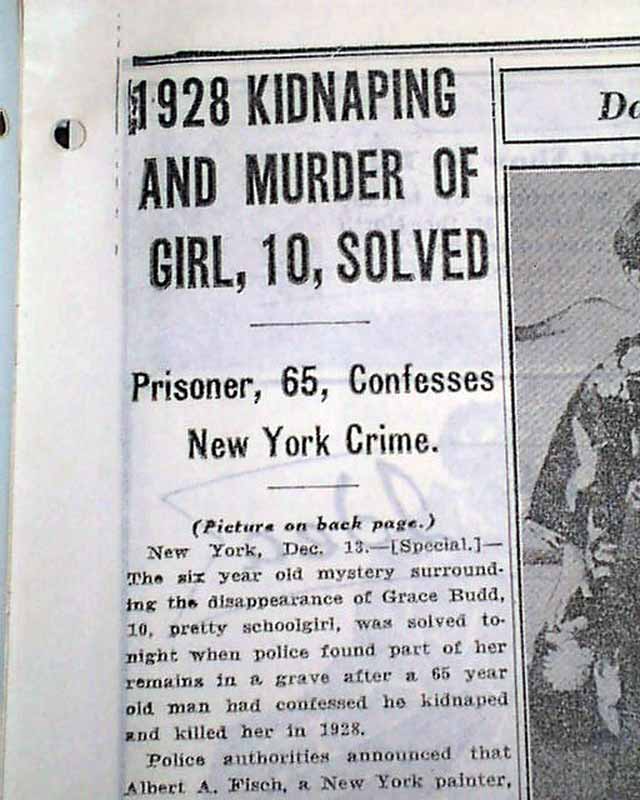 The top of page 7 has a one column heading: "1928 KIDNAPING AND MURDER OF GIRL, 10, SOLVED" with subhead. (see) Small photo of Budd is on the back page. Early coverage on Albert Fish admitting the murder of Grace Budd.
Complete with all 46 pages, rag edition in very nice condition. A few small binding holes along the spine. 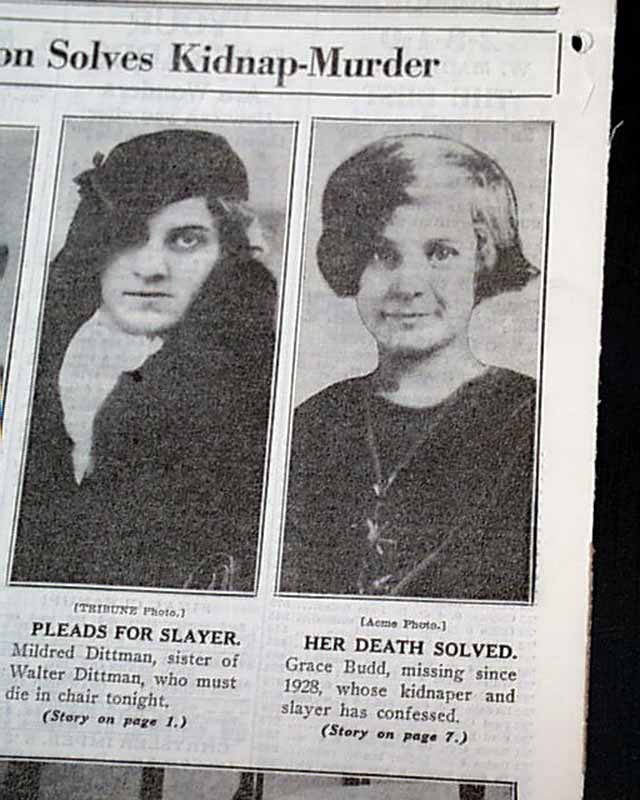 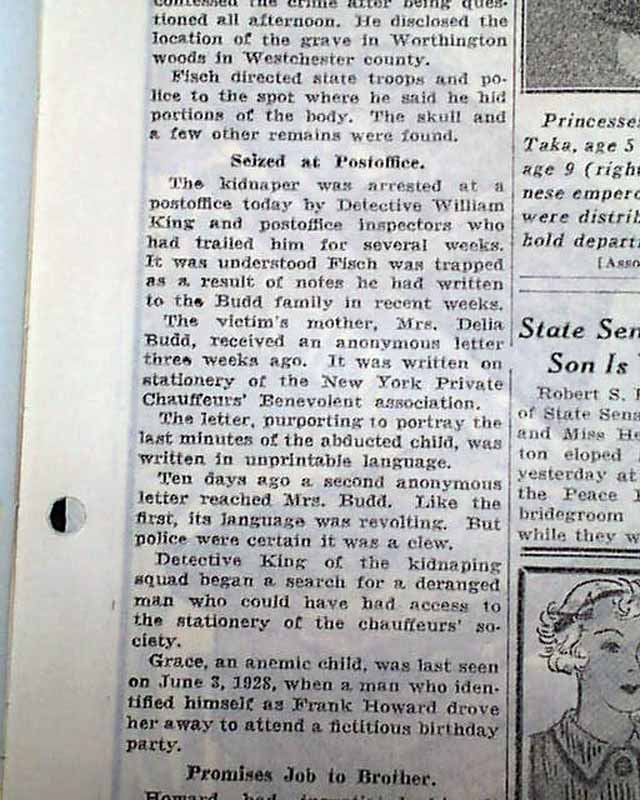 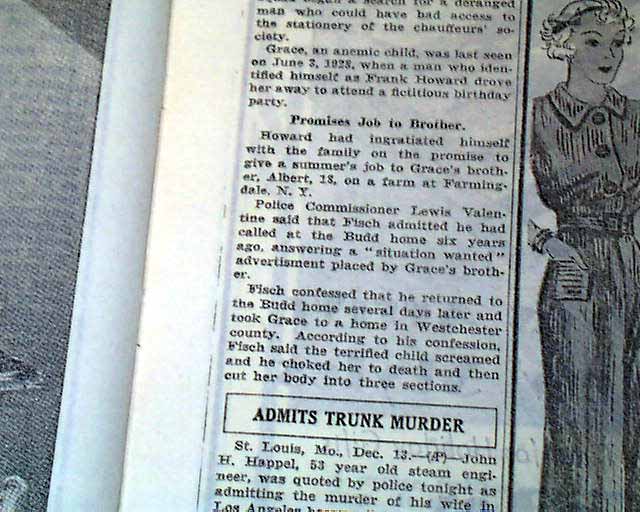 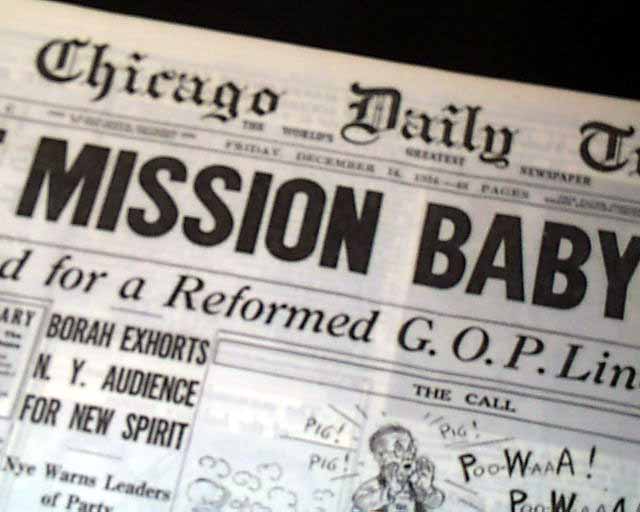 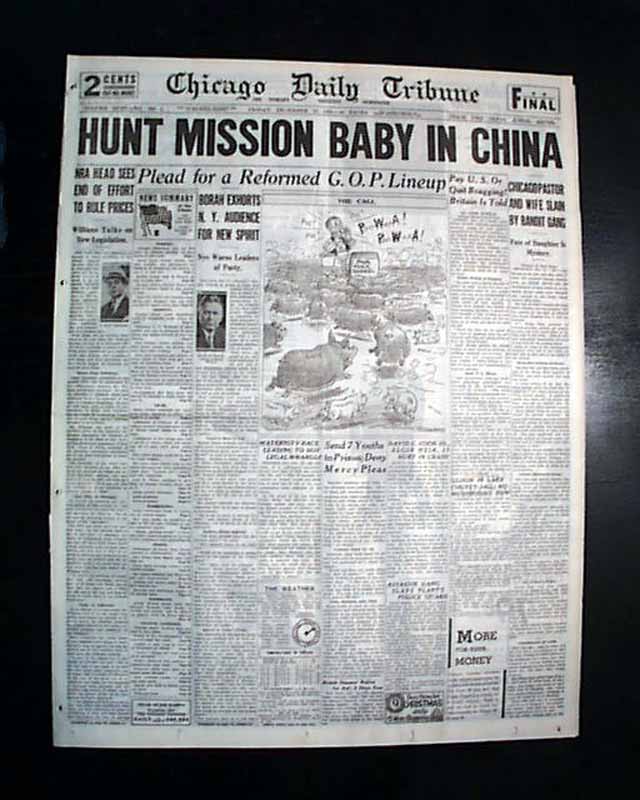