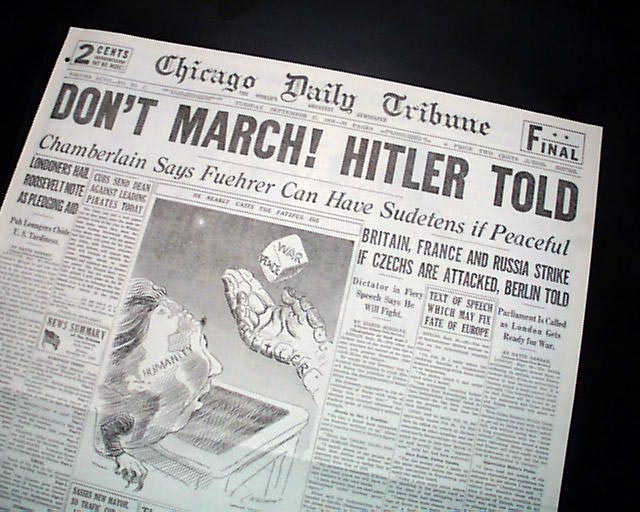 The front page has a banner headline: "DON'T MARCH ! HITLER TOLD" with subheads. (see) Complete text of this speech appears on page 6. Related photo and map are on the back page. First report coverage on Adolph Hitler's "Blessed Are The Peace-Makers" speech at the Sportpalast in Berlin, Germany re. Czechoslovakia.
Complete with 32 pages, rag edition in great condition. A few small binding holes along the spine.