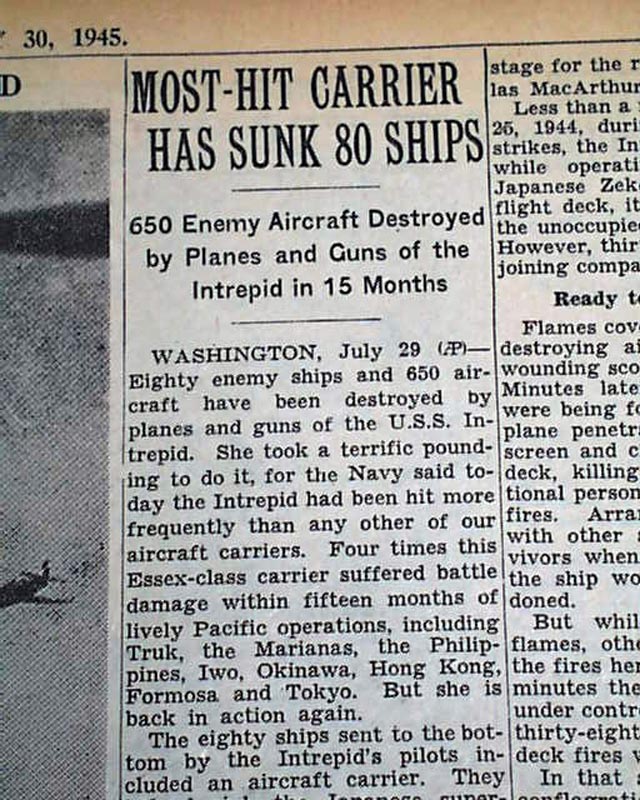 The top of page 3 has one column headings: "MOST-HIT CARRIER HAS SUNK 80 SHIPS" "650 Enemy Aircraft Destroyed by Planes and Guns of the Intrepid in 15 Months" (see) First report coverage on the Japanese kamikaze attacks on the USS Intrepid. Reporting on many disasters such as this were kept from the public, sometimes for many months, until the family members of the killed were all notified, giving the reason for this late report. Still a first report.
Thirty-two pages, a few clippings cut out on a few unrelated, inside pages, light toning at the margin, generally nice.