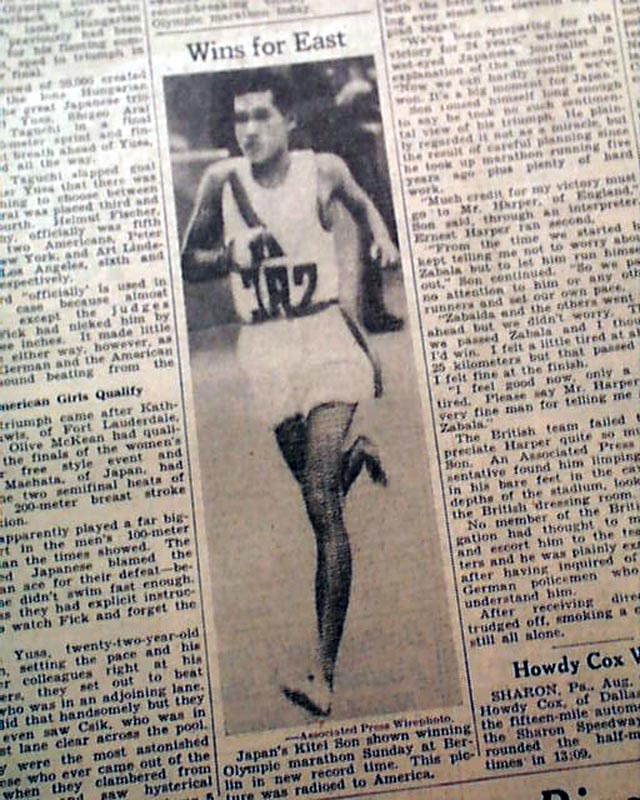 The front page of  the sports section (pg. 11) has a banner headline: "Jap Sets Marathon Record to End Olympic Track Events" with subheads (see) More on the 1936 Summer Olympics with some Jesse Owens reporting.
Complete with all 20 pages, light toning and a little wear at the margins, generally good.