Home > Back to Search Results > Civil War news from the Confederacy...
Click image to enlarge 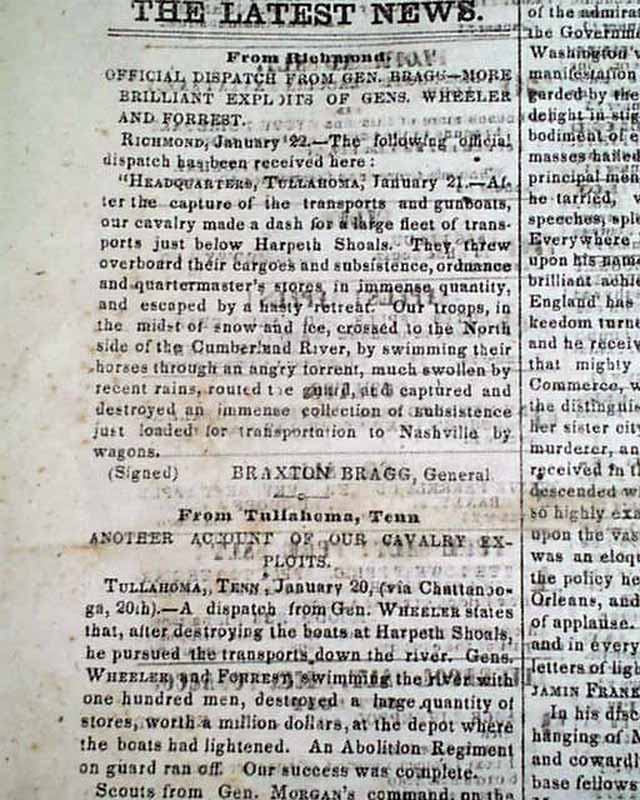 Civil War news from the Confederacy...

Printed in the dateline is: "Confederate States of America", this being one of only a few such newspapers which did so.
Among ftpg. column heads are: "Official Dispatch from Gen. Bragg--More Brilliant Exploits of Gens. Wheeler and Forrest" which is signed in type: Braxton Bragg; "From Tullahoma, Tenn. - Another Account of Our Cavalry Exploits" "From Wilmington, N.C. - Affairs in North Carolina" "From Petersburg, Va. - More Northern News" & more. Page 2 has "Gen. Bragg's Army" and a bit on General Forrest. Page 4 has: "Our Army Correspondence" "The American Question - Gen. Burnside's Defeat" and the "Message of Governor Bonham".
Four pages, never bound nor trimmed, light foxing, generally nice.