Home > Back to Search Results > Pre-release ad and images for Fantasia...
Click image to enlarge 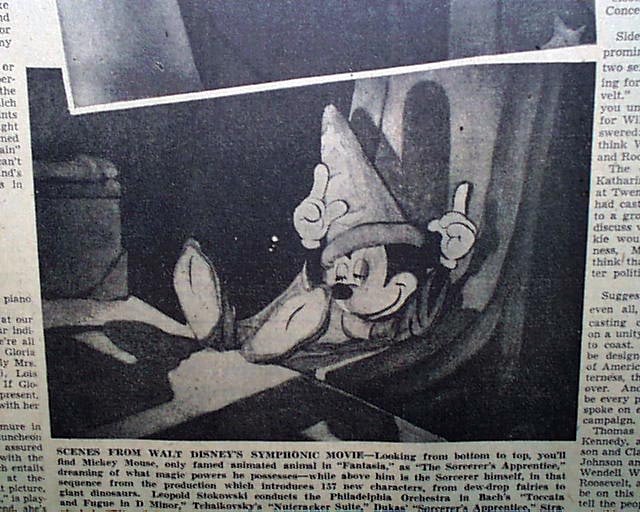 Pre-release ad and images for Fantasia...

Page 5 has two overlaid photos with an extensive caption and a separate ad for the premier Broadway Theater showing of "Fantasia", Walt Disney's 4th feature length film in just 3 years, and the first to star Mickey Mouse. The film's score was all famous classical music, from Bach to Tchaikovsky, Stravinsky to Beethoven.
Complete in 20 pages, a rough left spine, but in overall good condition for the era.