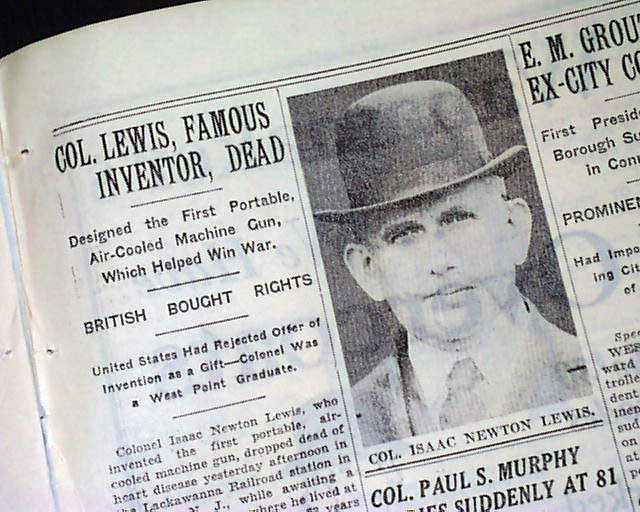 Page 25 has a one column heading: "COL. LEWIS, FAMOUS INVENTOR, DEAD" with subheads and photo. (see) First report coverage on the death of Isaac Newton Lewis, United States Army officer and the invenotr of the Lewis Gun.
Other news, sports and advertisements of the day. Complete in 52 pages, this is the rare rag edition that was produced on very high quality newsprint, with a high percentage of cotton & linen content, allowing the issues to remain very white & sturdy into the present. Given the subscription cost, libraries & institutions rather than individuals were the primary subscribers of these high-quality editions. Nice condition. 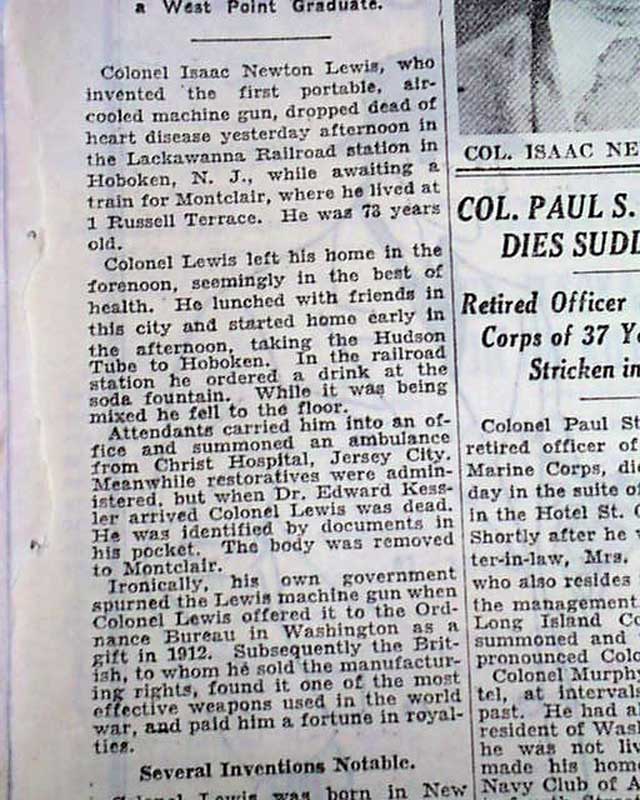 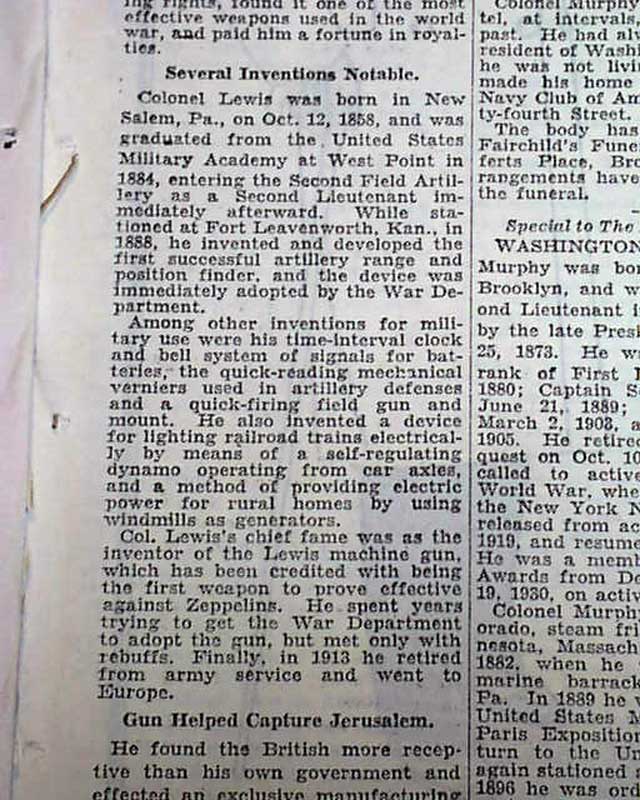 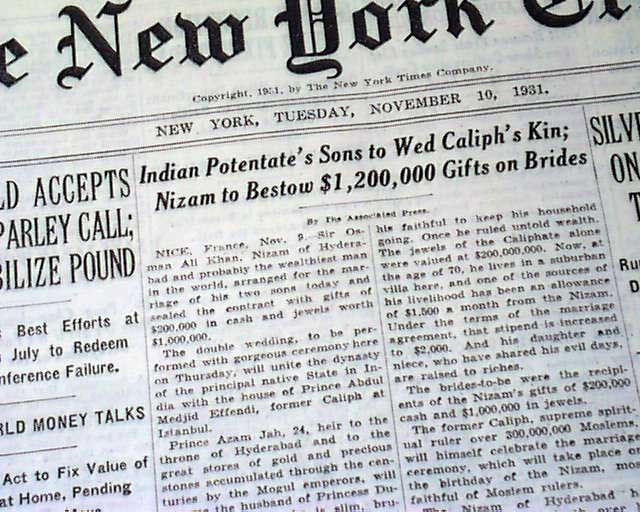 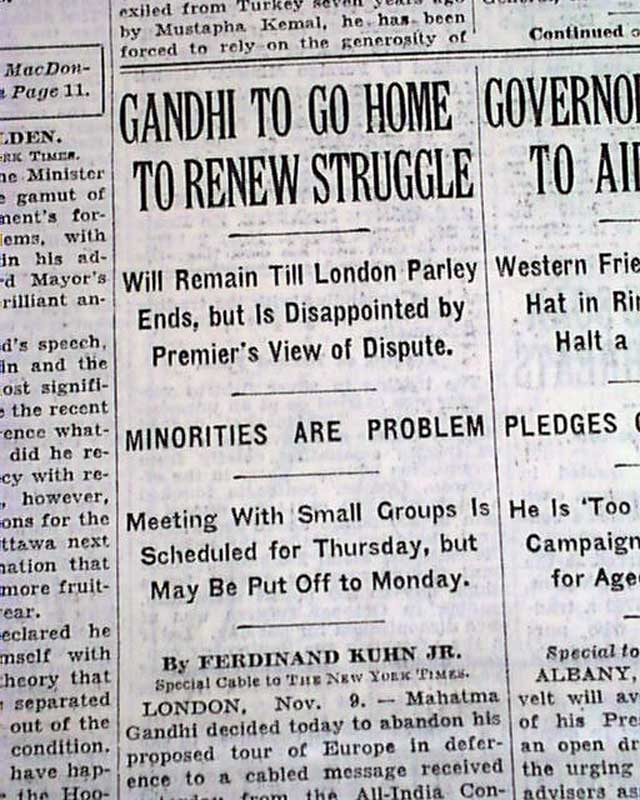 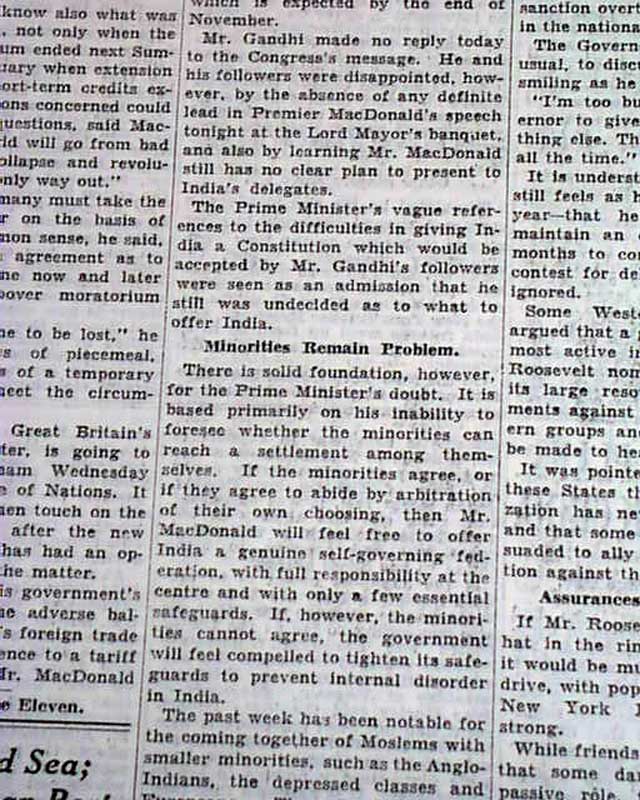 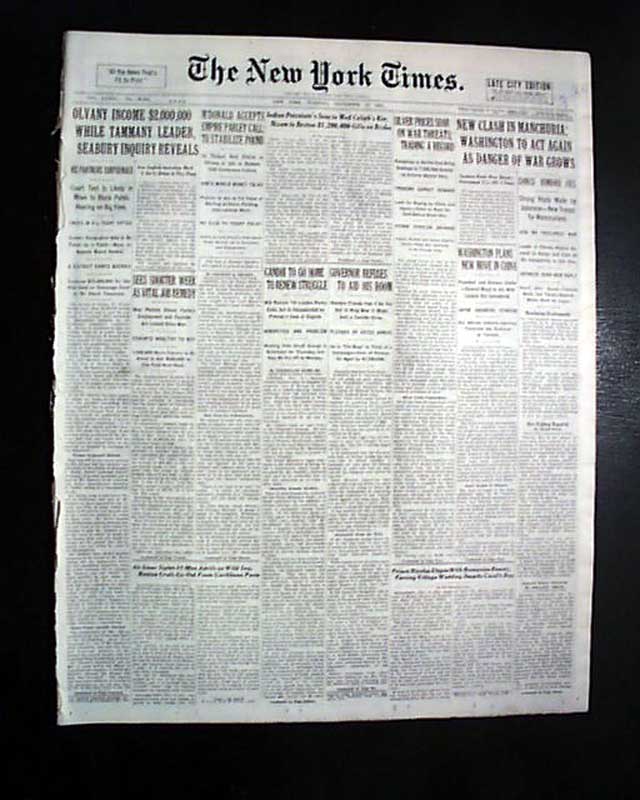