Home > Back to Search Results > Reports relating to the end of the Revolutionary War...
Click image to enlarge 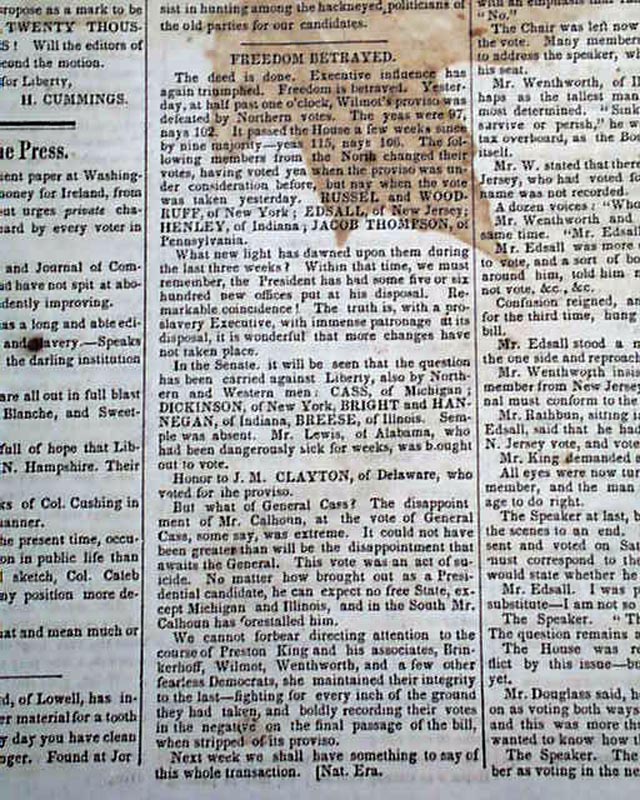 Reports relating to the end of the Revolutionary War...

This is a title we rarely have an opportunity to offer. The front page has a letter to Sir Guy Carleton at New York concerning the recapture of the Bahama Islands. Page 2 has a few reports concerning the end of the war, and work on the treaty of peace. Close-trimming affects some words.
Four pages, close-trimmed at the bottom margin affects some words, minor margin wear. 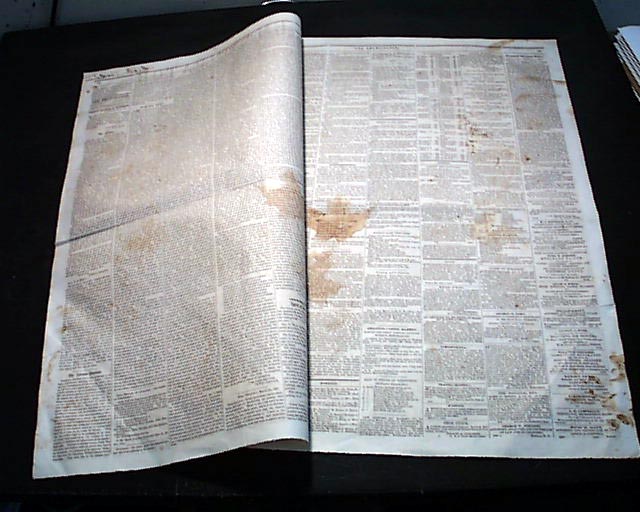 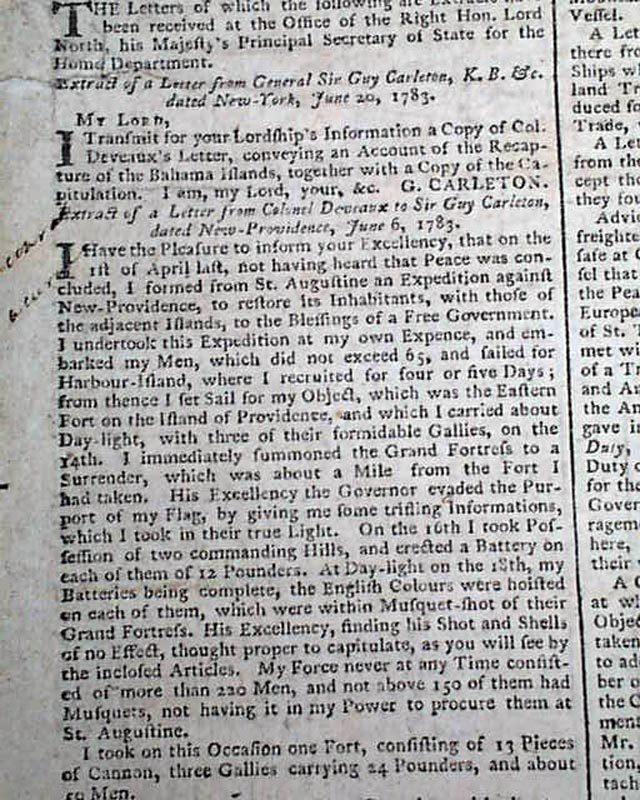 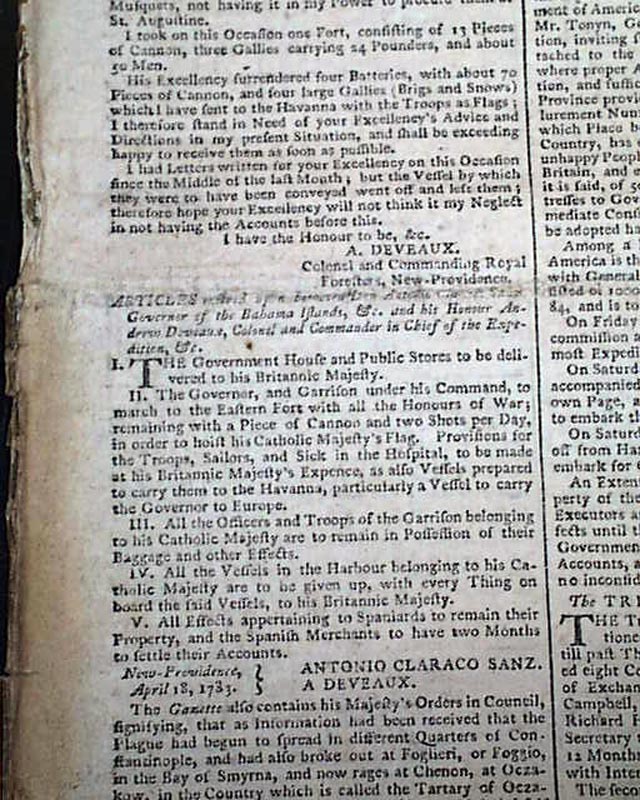 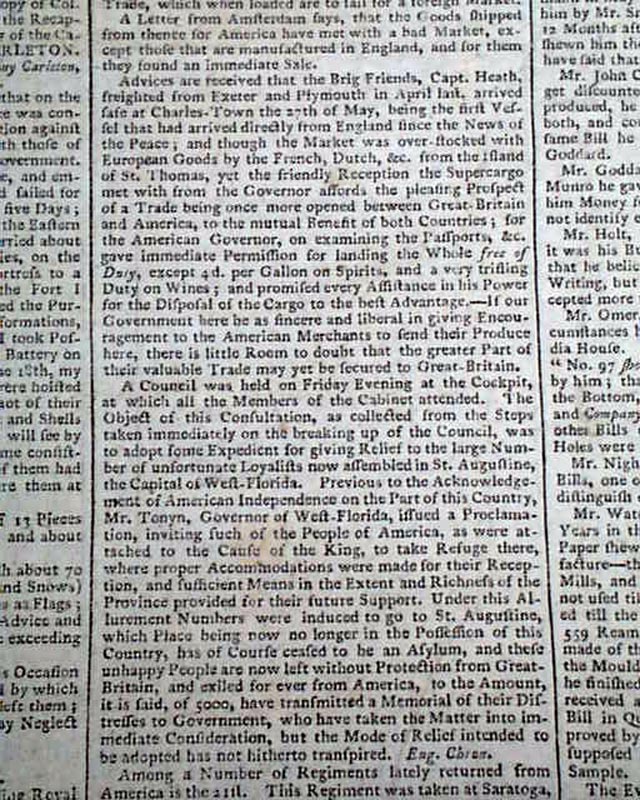 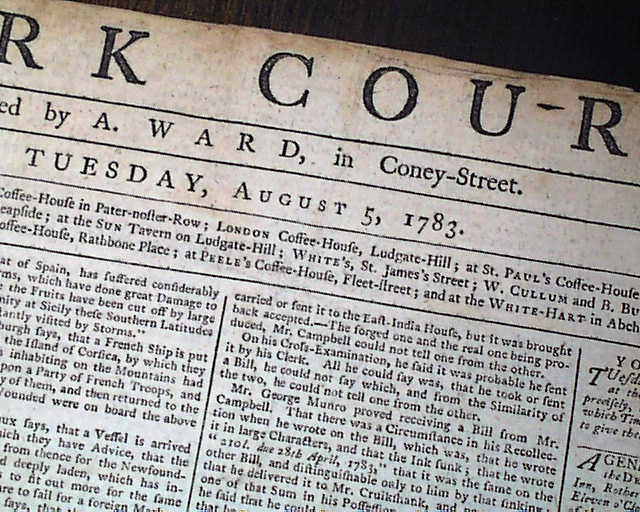 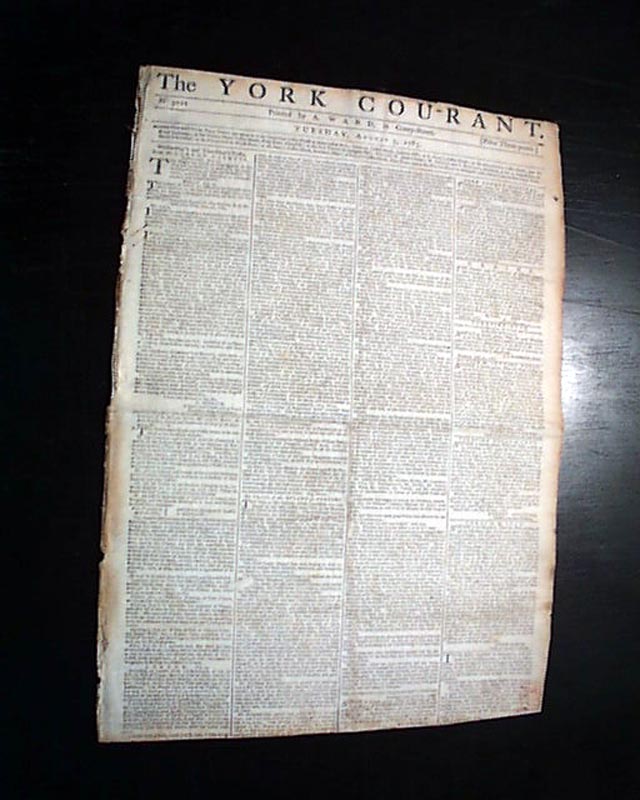 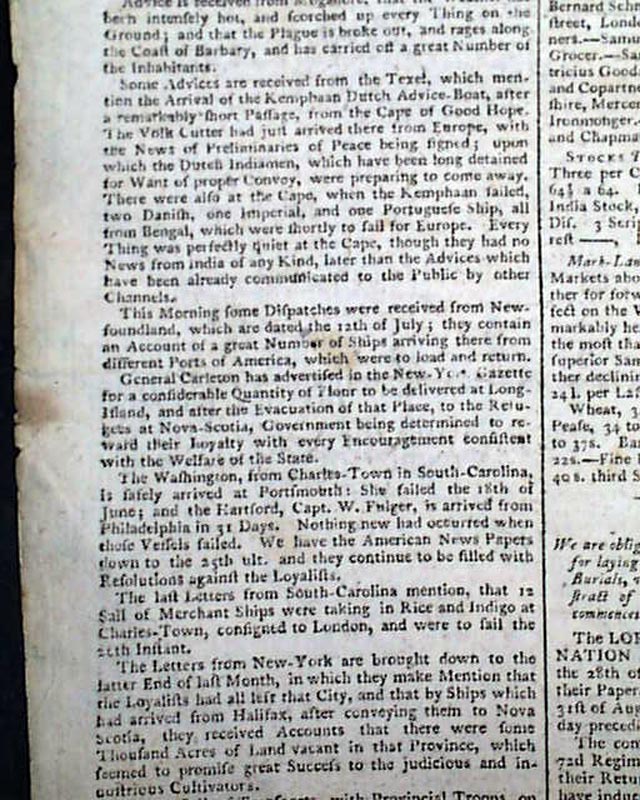 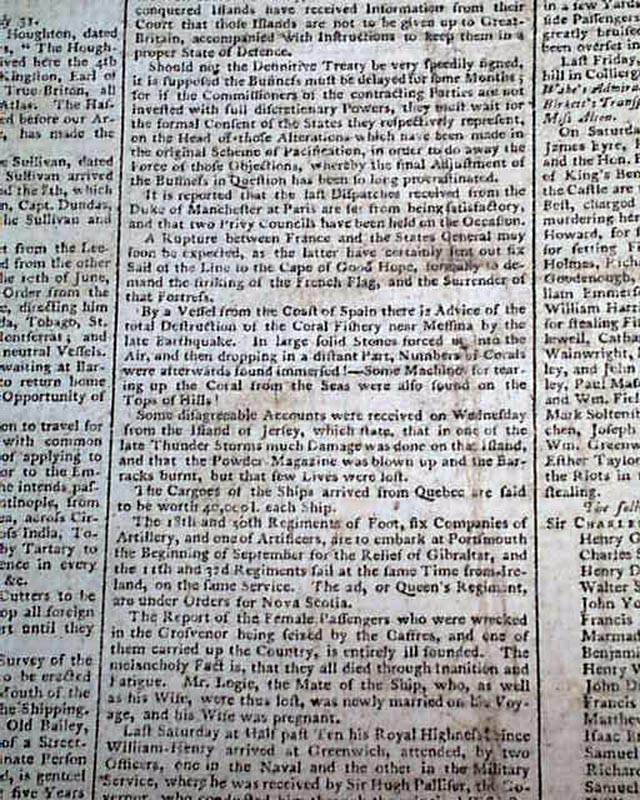 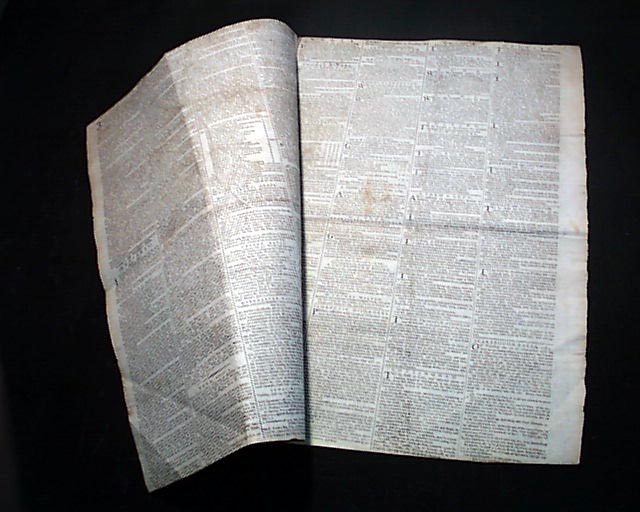