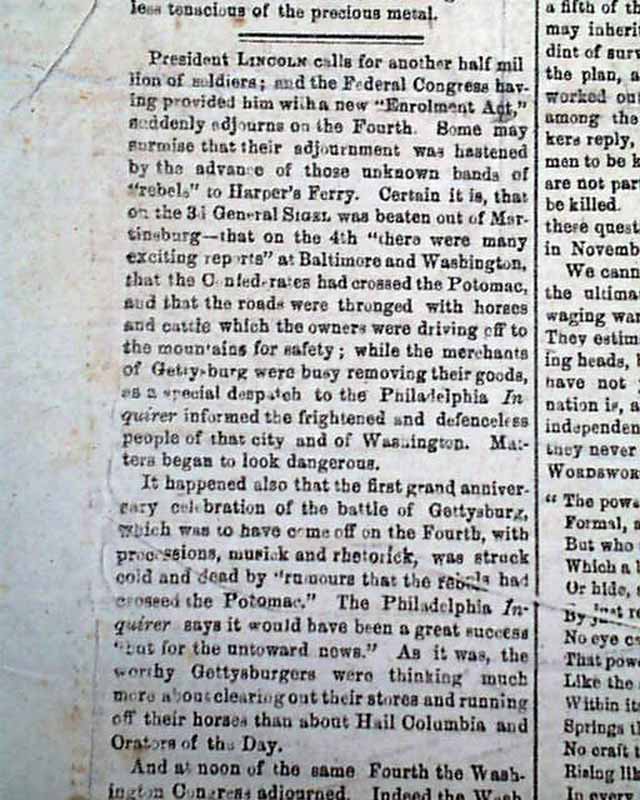 Various Civil War news with a Confederate bias, making for interesting reading as such. Among the front page items are: "The War News" which has several subheads including: "From Petersburg" & "Burnside's Movements". Other war news include: "Latest News From the North--Our Army in Maryland--Capture of Martinsburg, Harper's Ferry and Hagerstown by Our Forces" "The Situation in Georgia--The Falling Back of Johnston" "A Chapter of Yankee Outrages and a few other smaller items.
The back page has more war reporting including much editorial comment, one beginning: "President Lincoln calls for another half million of soldiers; and the Federal Congress having provided him with a new Enrollment Act...". Also: "The Great Naval Duel Between the Alabama and the Kearsarge--Sinking of the Alabama--Rescue of Captain Semmes and the Crew..." with various subheads.
A single sheet newspaper as was typical from the Confederacy late in the war, as most of the paper mills were located in the North. Some wear at folds, a small portion has rubbing which causes loss of text but which only contained "The Latest From Europe" news, some wide margins, a few small holes. Generally in good condition for a Confederate newspaper. 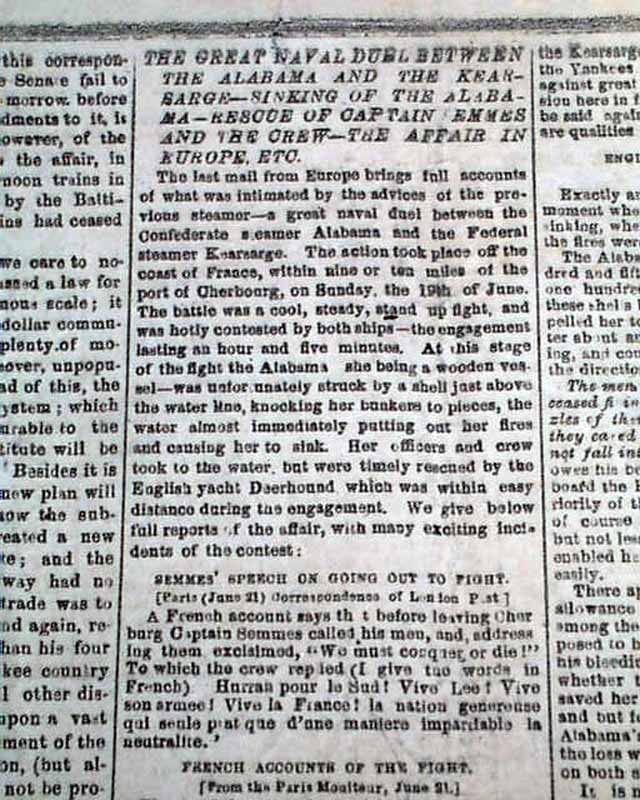 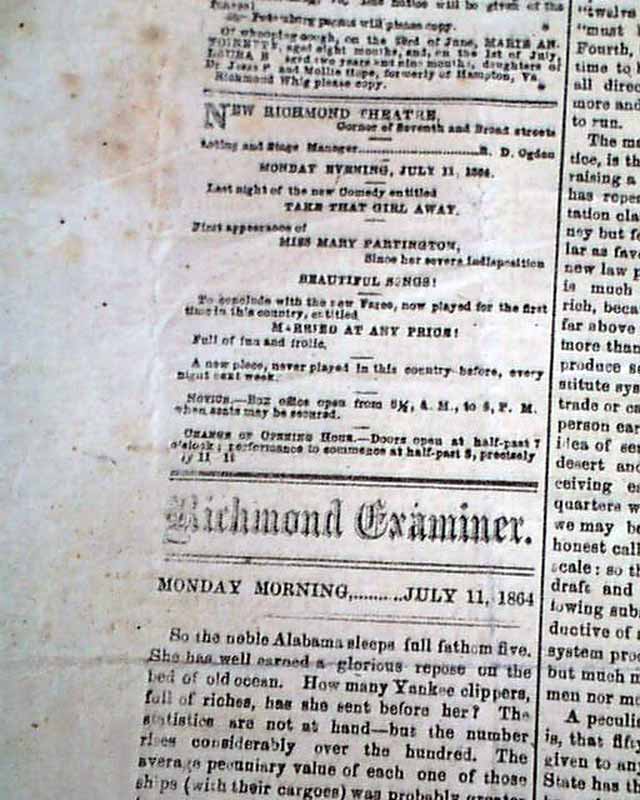 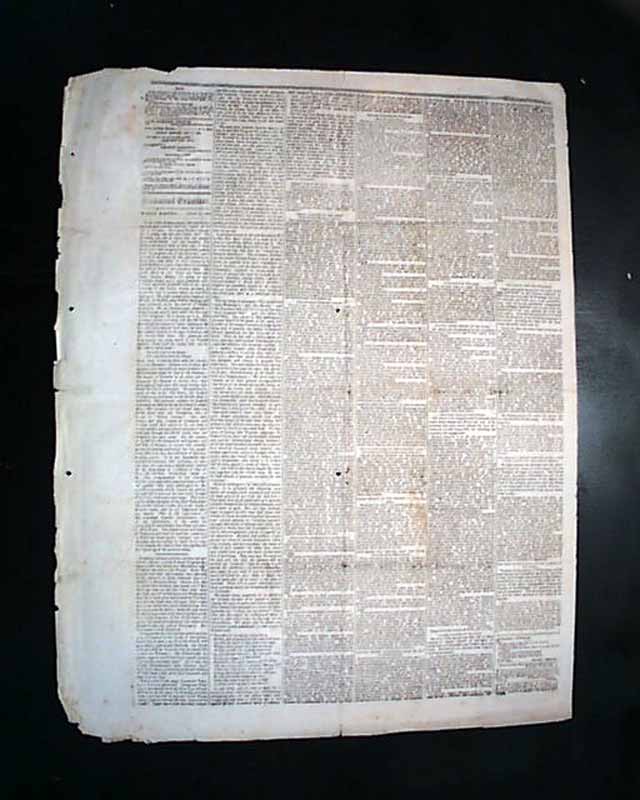 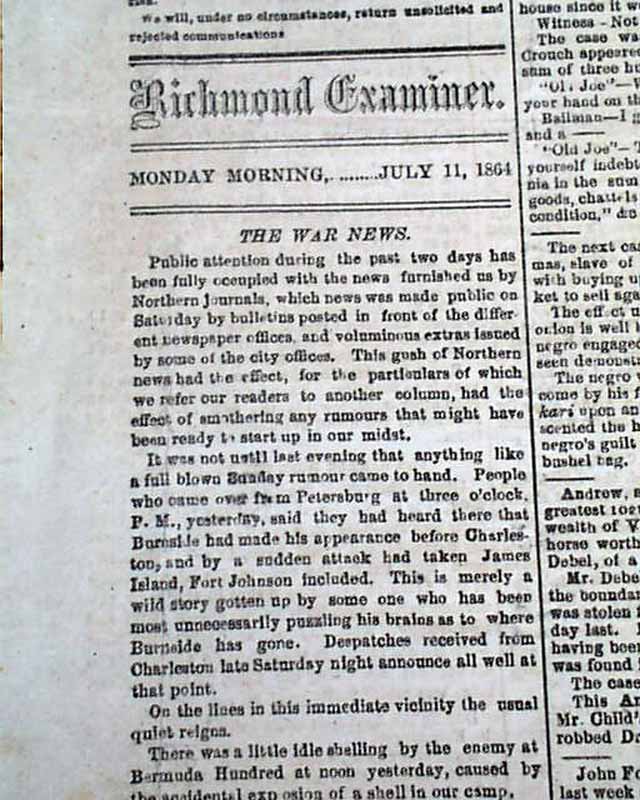 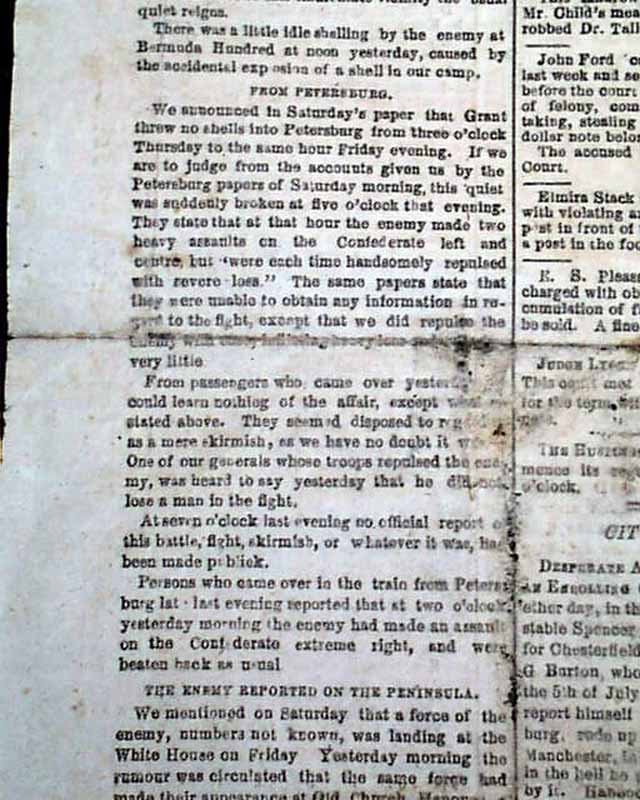 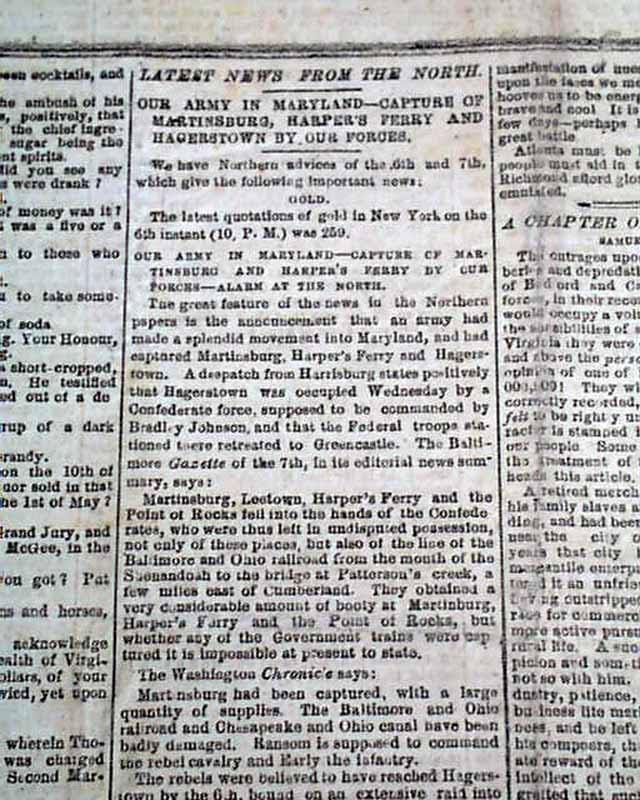 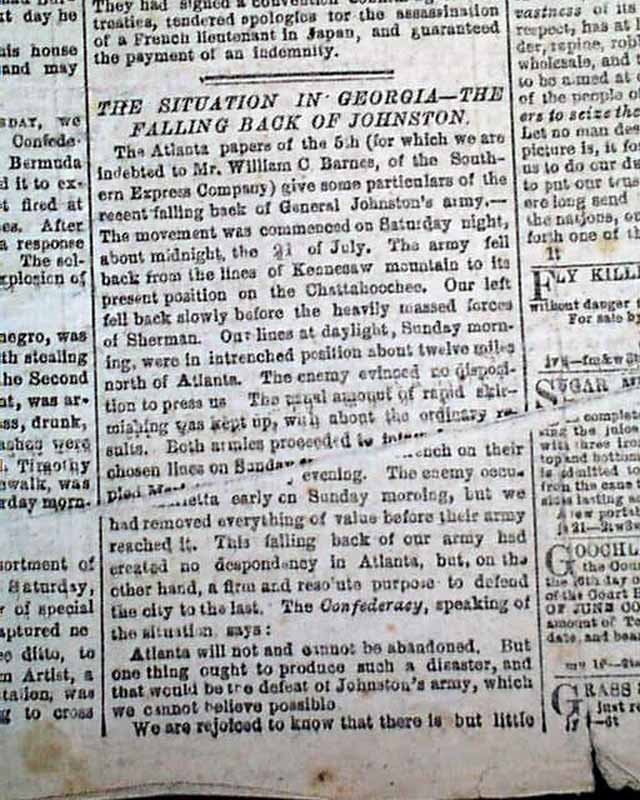 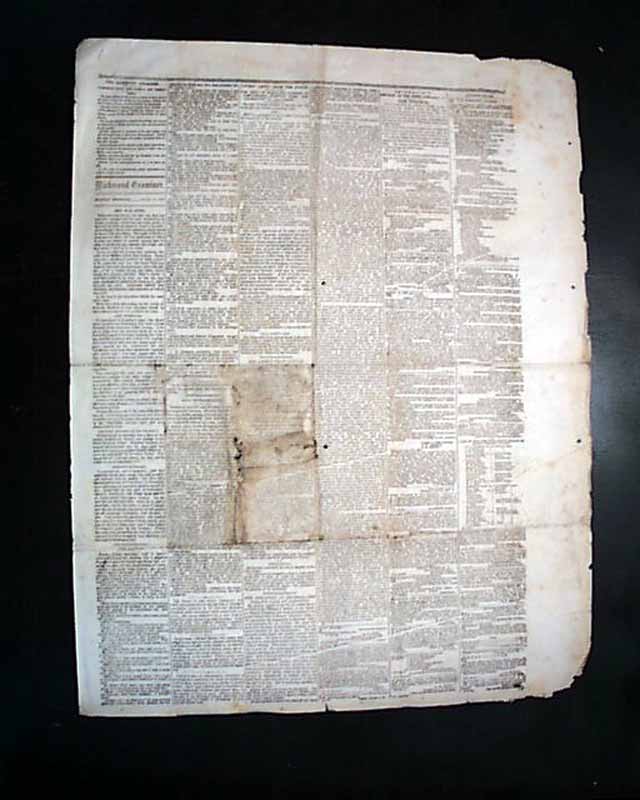