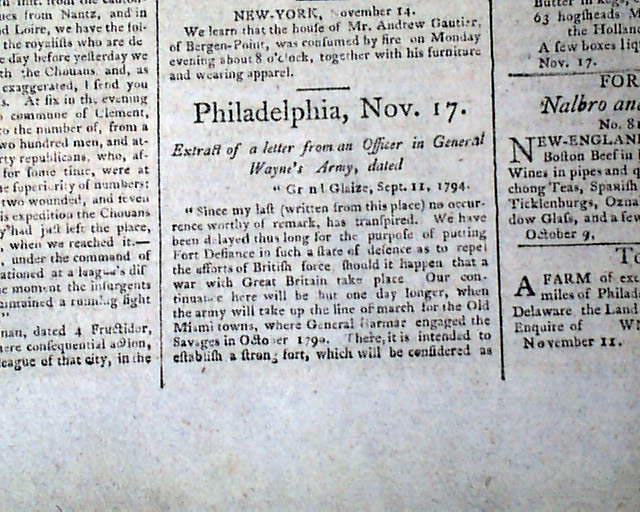 
DUNLAP & CLAYPOOLE'S AMERICAN DAILY ADVERTISER, Philadelphia, Nov. 17, 1794  As the title would suggest there is a great wealth of advertising, but half of pages 2 & 3 have news reports including a descriptive letter: "...from an Officer in General Wayne's Army". The back page features 30 illustrated ship ads along with 2 runaway reward ads.
Four pages, never-trimmed margins, very nice condition.