Home > Back to Search Results > Ten London newspapers from 1782...
Click image to enlarge 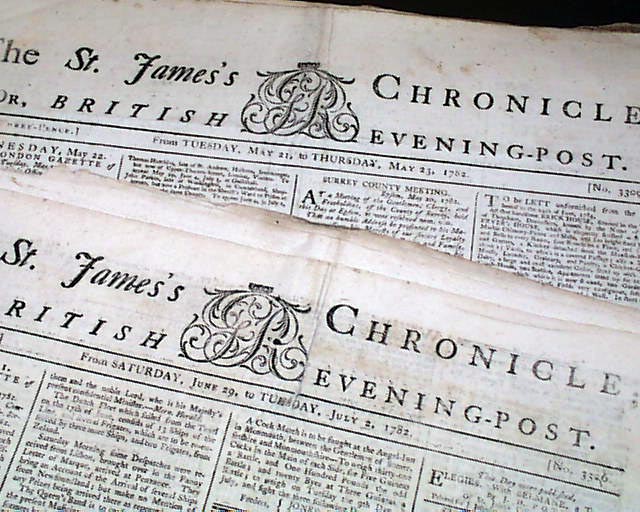 A lot of ten issues from 1782, the year before the treaty ending the Revolutionary War was ratified. A wealth of news reports of the day but I do not find anything noteworthy concerning America.
Each is complete in 4 pages, never bound nor trimmed, handsome engraving in the masthead, red tax stamp on the front page, some foxing, some margin wear, generally good.