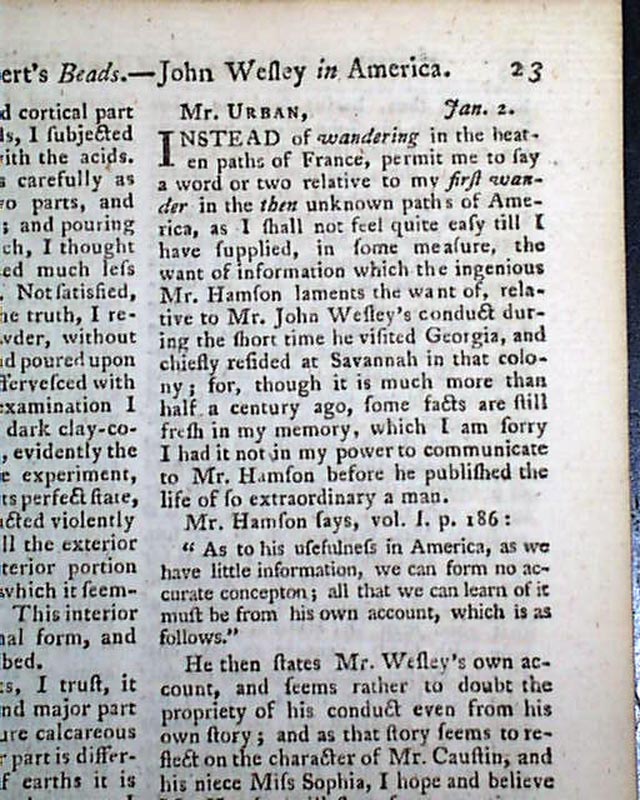 THE GENTLEMAN'S MAGAZINE, London, January, 1792  Included under: "American Intelligence" is: "The President's Address to both Houses of the Federal legislature..." which is the full text of Washington's annual state-of-the-union address to Congress, signed at its conclusion: G. Washington, and dated Oct. 25, 1791.
Also included is the lengthy article: "Wanderer's Account of John Wesley in America" which focuses on his time in Savannah, Georgia.
Included are all three plates called for.
Complete in 96 pages, 5 by 8 inches, full title/contents page featuring an engraving of St., John's Gate, very nice condition.