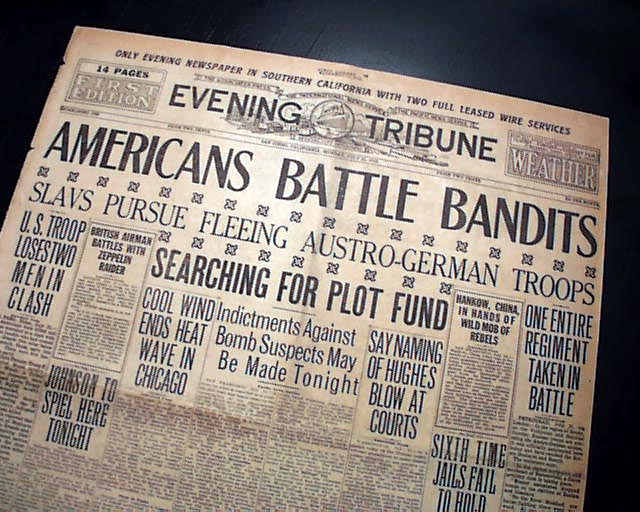 The front page has a banner headline: "AMERICANS BATTLE BANDITS" with subhead. (see) Nice for display. Surprisingly this issue is in good condition being from the "wood pulp" era. Very hard to find issues that are not totally fragile from this era in paper. Rare as such.
Complete with 14 pages, small library stamp within the masthead, a little irregular along the spine, generally very nice.

wikipedia notes: The Bandit War, or Bandit Wars, was a series of raids in Texas, started in 1915 before finally culminating in 1919, that were carried out by Mexican rebels from the states of Tamaulipas, Coahuila, and Chihuahua.