Home > Back to Search Results > Map of St. Petersburg... On the Georgia alligator & how Oglethorpe treated them...
Click image to enlarge 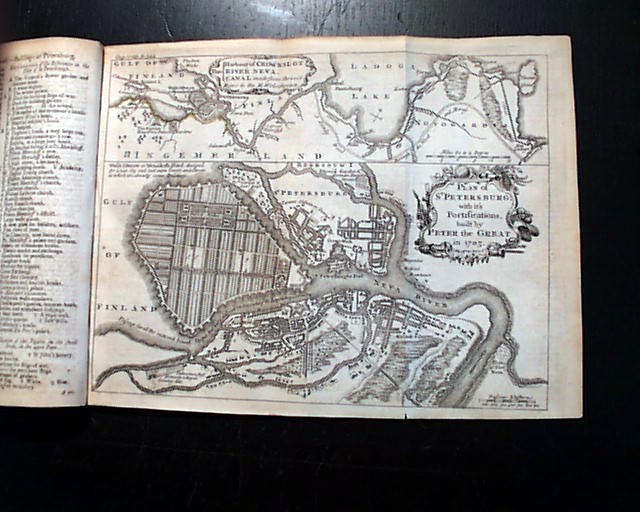 Map of St. Petersburg... On the Georgia alligator & how Oglethorpe treated them...

Perhaps the prime feature of this issue is the very nice foldout map titled within the decorative cartouche: "Plan of St. Petersburg with its Fortifications, built by Peter the Great in 1703". One-third of the map shows: "The Harbour of Crownslot, the River Neva & Canal..." This map folds out to measure 8 by 10 1/2 inches & is in nice condition.
Articles within include: "Consequences of Relaxing the Laws against Suicide" "Description & Use of a New Electrometer" with an illustration; "Description of a New Water Bellows".
"Different Crocodiles" is about the animal in Georgia, one bit noting: "...Of reptiles, the crocodile, which seems to be the chief, abounds in all the rivers of Georgia; they call the alligators. I have seen some of these, I believe, 12 foot long..." with more on them.
Also: "...When Mr. Oglethorpe was first at Savannah, to take off the terror which the people had for the crocodiles...he had him brought up to the town & set the boys to beat him with sticks, the creature gaping & blowing hard but had no heart to move..." and more.
Near the back is the "Historical Chronicle" which has a report datelined from Boston, July 10, concerning events in Nova Scotia and Louisbourg.
Two other plates are present as well.
Complete in 48 pages, 5 by 8 inches, full title/contents page, very nice condition. 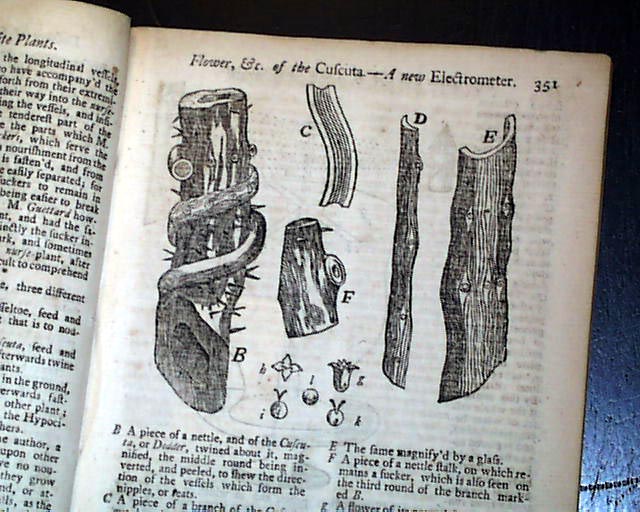 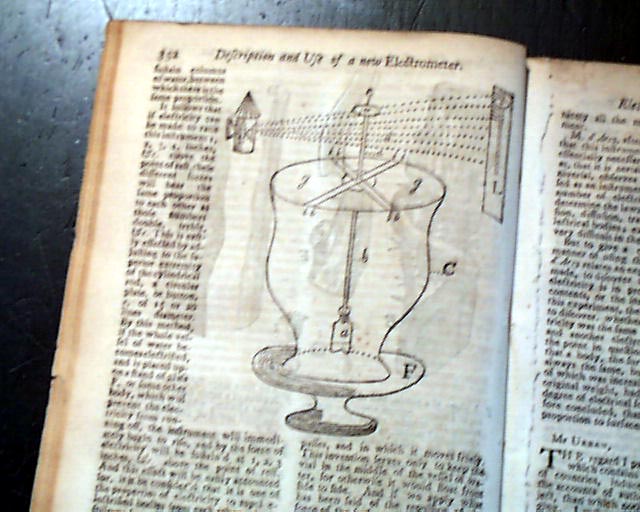 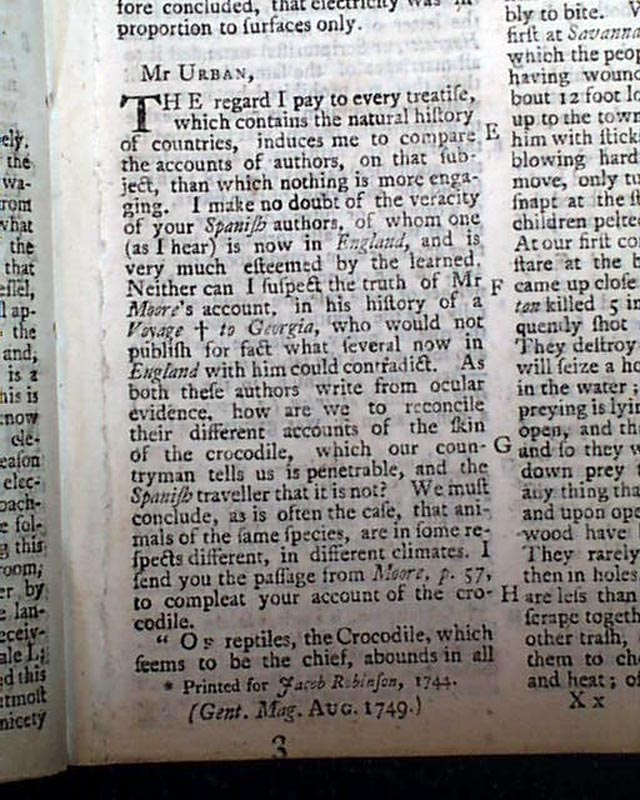 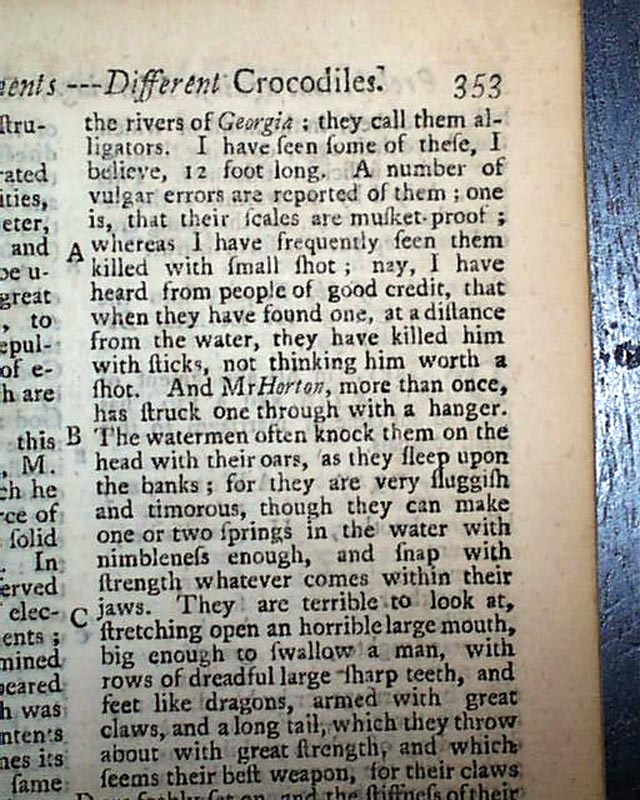 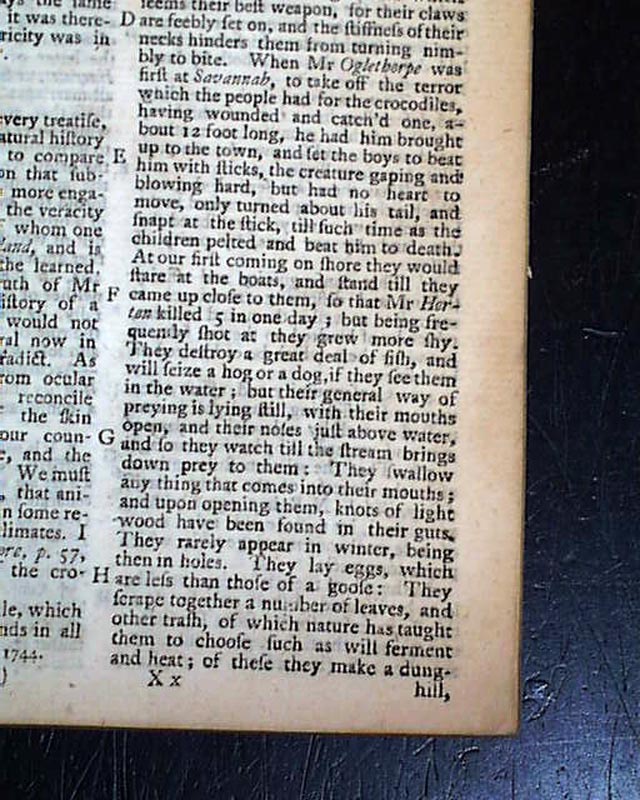 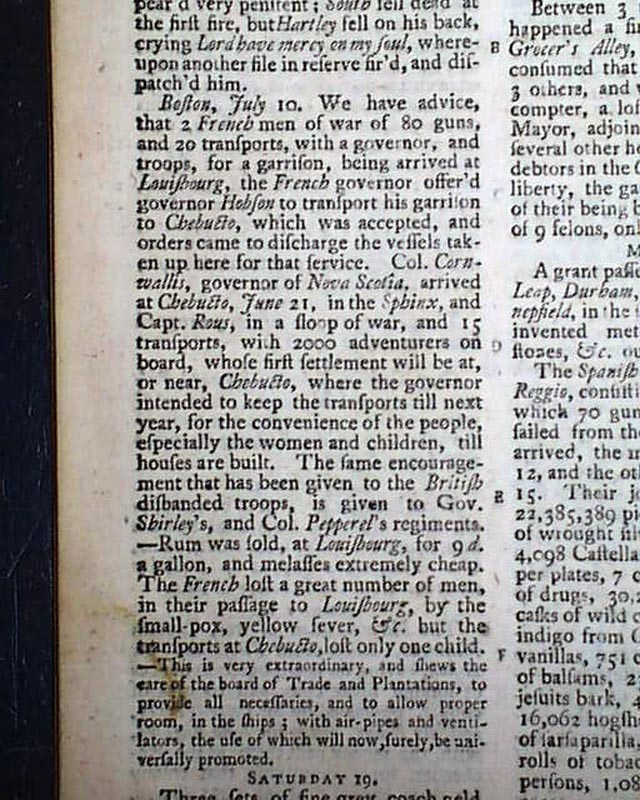 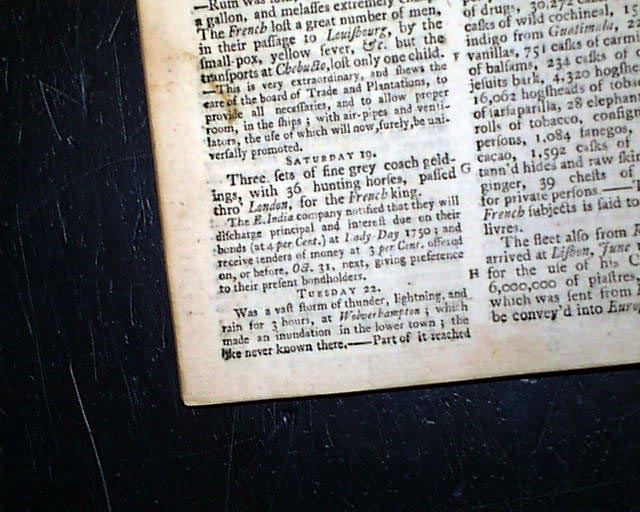 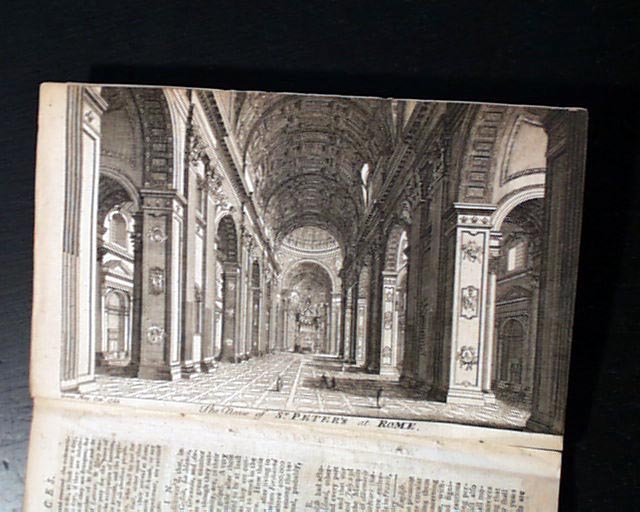 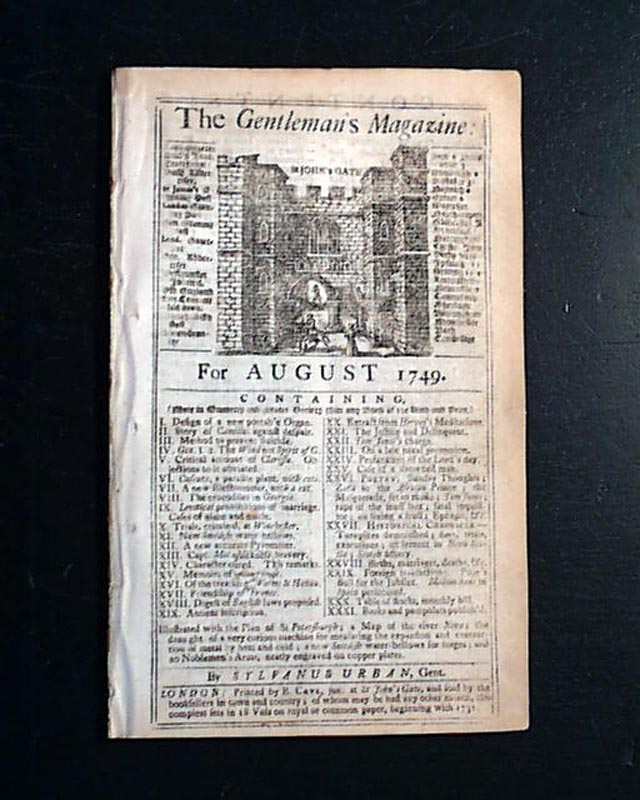