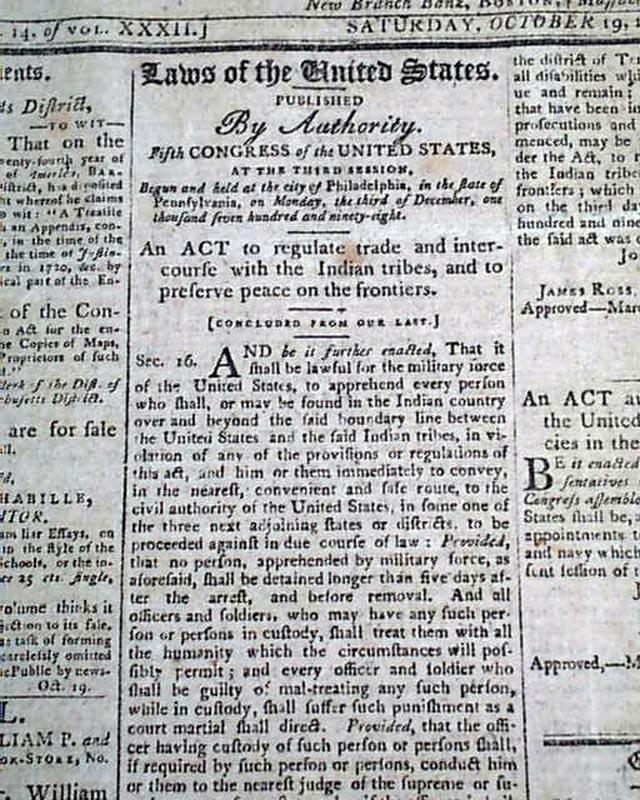 
COLUMBIAN CENTINEL, Boston, Oct. 19, 1799  The front page features two Acts of Congress, each signed in script type by the President: John Adams. One is a conclusion from a previous issue for regulating: "...trade with Indian tribes & to preserve peace on the frontiers." and the other to authorize the President: "...to fill certain vacancies in the army & navy.".
Page three has a rare ad for "King Harry the Eighth Playing Cards" which is not a misprint. Some suggest the use of "King Harry VIII" was an intentional affront to King Henry VIII for permitting select Jews to return to England.
A very curious item appears on page 2: "The President of the United States arrived at the seat of government (Trenton) in good health." Unknown to most is that Trenton briefly served as the nation's capital in 1799 due to an outbreak of the Yellow Fever in Philadelphia, the capital at that time. It was also the nation's capital for 54 days in 1784.
Page two also has a Proclamation written and signed with the script signature: Moses Gill.
Four pages, a bit irregular at the spine, good condition. 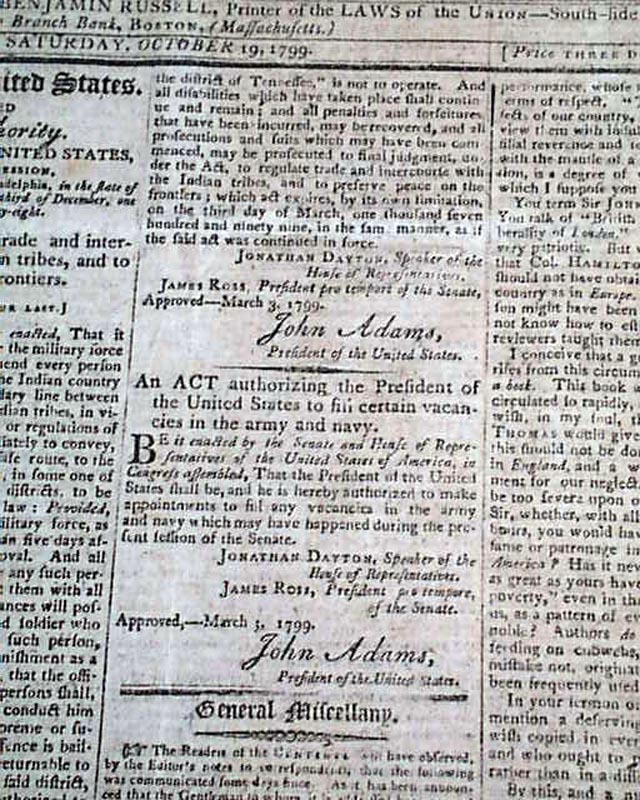 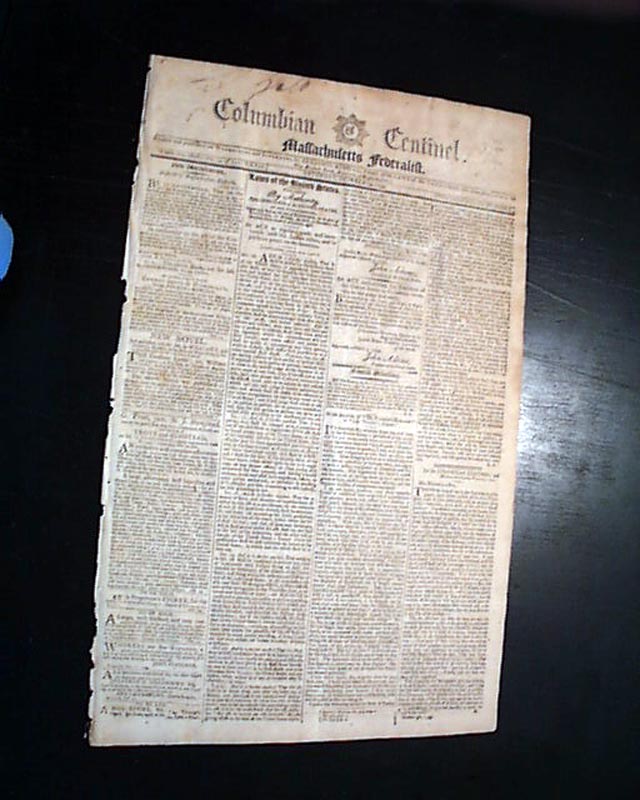 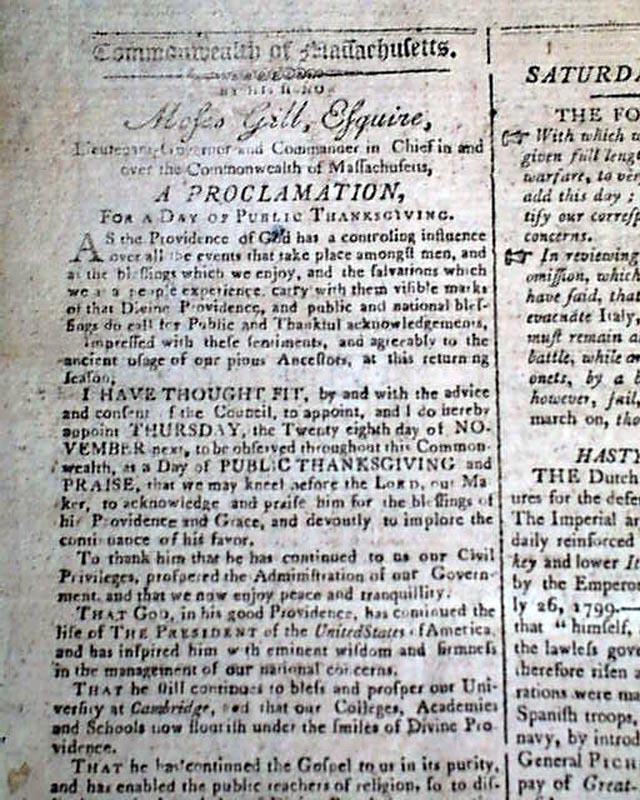 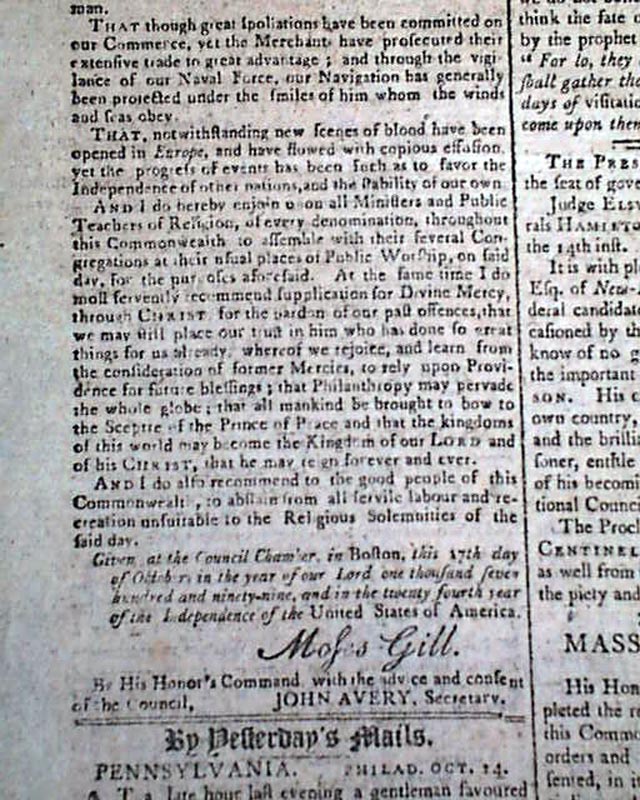 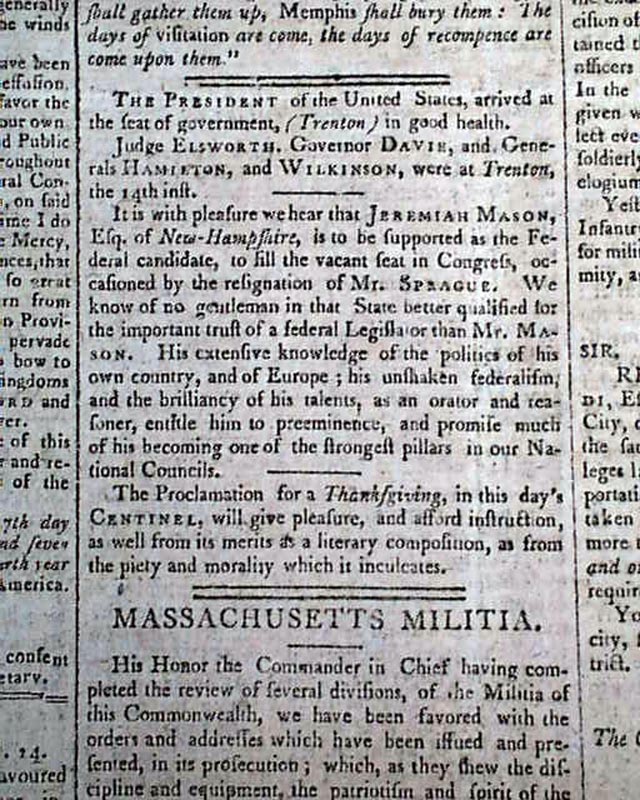 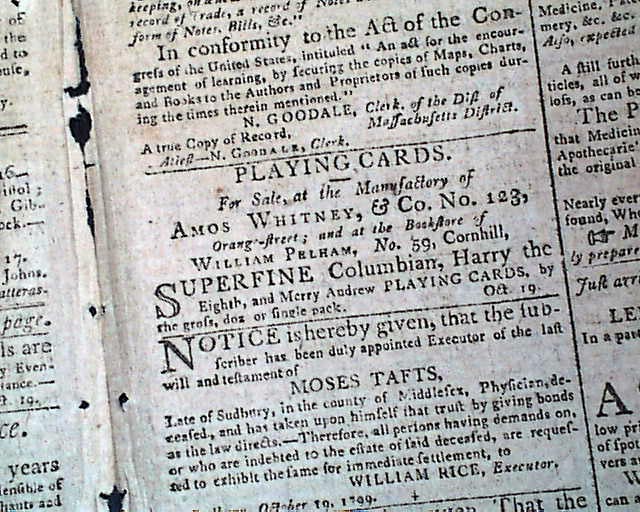 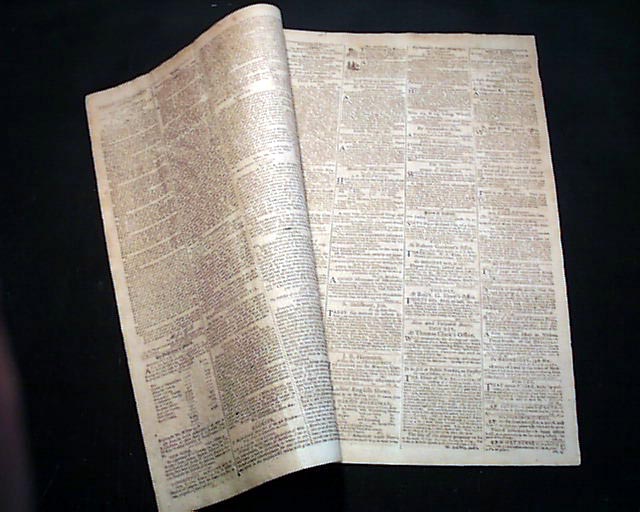