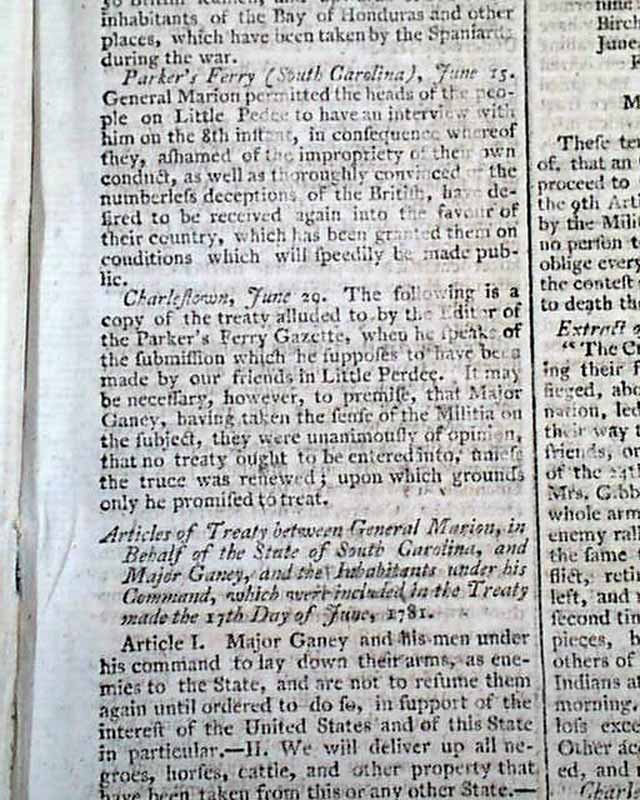 
THE LONDON CHRONICLE, England, Aug. 13, 1782  Page 7 has the: "Articles of Treaty Between General Marion in Behalf of the State of South Carolina, and Major Ganey [for the Loyalists] & the Inhabitants Under his Command...17th of June, 1781". This was a truce which begins: "Major Ganey and his men under his command to lay down their arms as enemies to the State, & are not to resume them again until ordered to do so, in support of the interest of the United States and of this state in particular..." with much more, signed in type by: Francis Marion, and Micajah Ganey, the former more popularly known as "The Swamp Fox."
This is followed by a lengthy & detailed report from Savannah & 3 such reports from Charleston, some concerning actions of the Creek Indians and skirmishes with them.
Another page has details on the "Trial of David Tyrie" who was eventually hanged for high treason.
Eight pages, 8 1/4 by 11 1/2 inches, very nice condition.