Home > Back to Search Results > The Mormons want to be a state in the Union...
Click image to enlarge 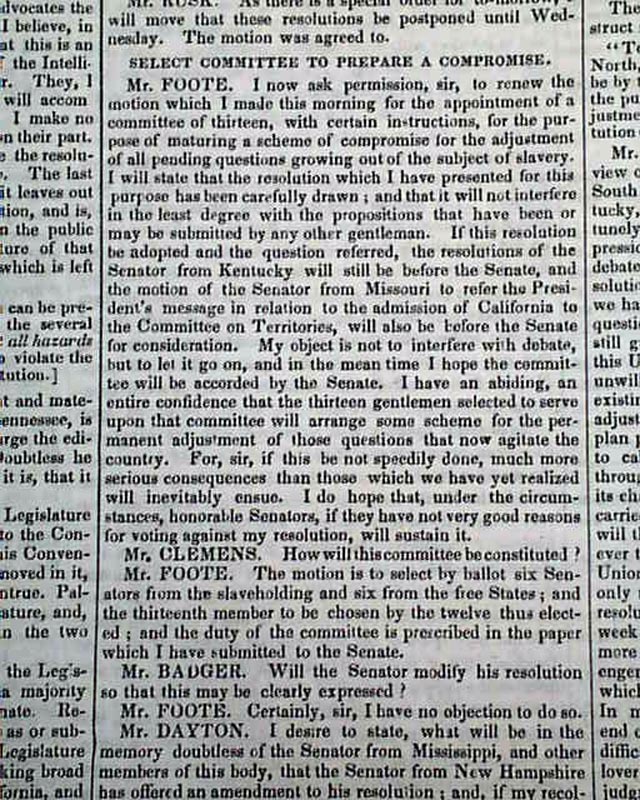 One and one-half columns on page 3 are taken up with: "The State of Deseret" concerning the Mormon's settling in Utah. It begins: "Mention is frequently made of Deseret, as the name of a Territory settled by the people commonly called Mormons and now praying to be admitted to the Union under the name just stated..." with much more.
Over half of the front page is taken up with a report from the Senate: "Select Committee To Prepare A Compromise", which is early talk on what would be the Compromise of 1850, which would determine how the new territories won in the Mexican War would be either slave or free.
The back page has a brief item: "For California" concerning ships planning on making the trip to the gold fields.
Four pages, very nice condition.