Home > Back to Search Results > Follow-up to the fall of Vicksburg...
Click image to enlarge 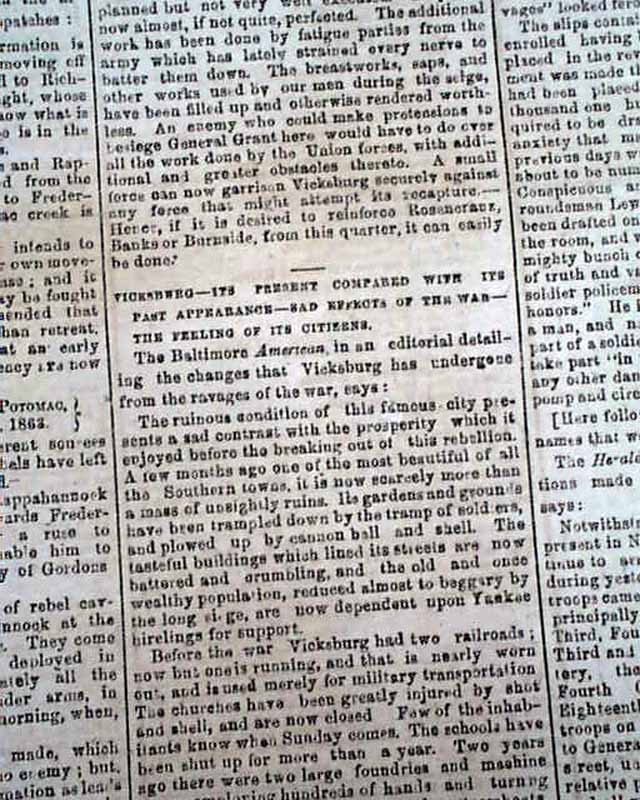 Follow-up to the fall of Vicksburg...


DAILY RICHMOND EXAMINER, Virginia, Aug. 26, 1863  The front page has some war items including: "From General Lee's Army" "The Rappahannock Expedition" "City Intelligence" "Flat of Truce" "Hotel De Vicksburg" and a few other items.
The back page has much on the war, including: "Latest News From The North--From the Armies in Virginia--The Siege of Charleston--The Attack on Fort Sumter--Affairs at Vicksburg & the Southwest--Order of Retaliation from General Halleck..." "Vicksburg--The Present Compared with Its Past Appearance--Sad Effects of the War--The Feeling of its Citizens" "General Banks at Vicksburg in Consultation with Grant--The Steamer Rearing Them is Fired Upon--The Works at Vicksburg--The People of Natchez" "The Draft In New York" "A Yankee Raid in Mississippi..." "Deserters From Richmond--What They Say" "Trial of a Spy in Washington" and more.
Single sheet, folio size, very nice condition.