Home > Back to Search Results > The Civil War comes to an end in Texas...
Click image to enlarge 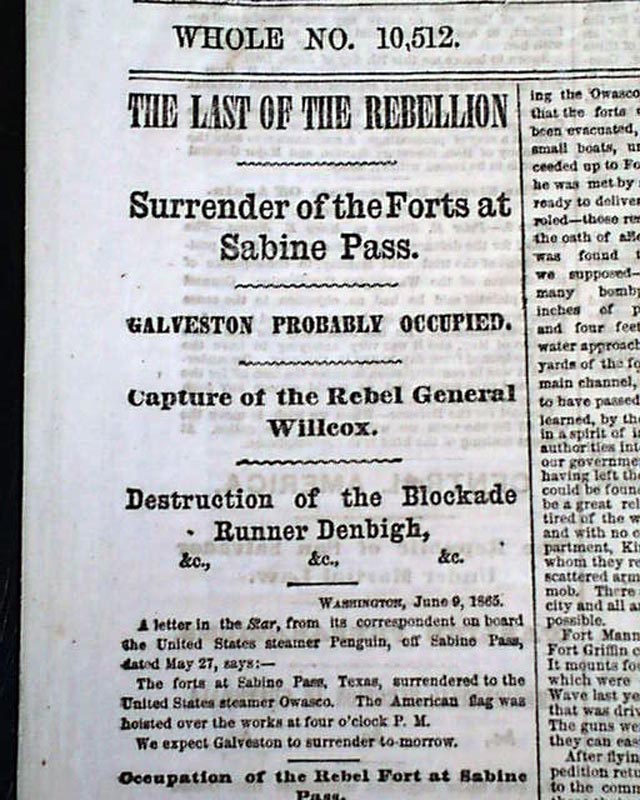 The Civil War comes to an end in Texas...

Front page heads at the top of the first column: "The Last Of The Rebellion" "Surrender of the Forts at Sabine Pass" "Galveston Probably Occupied" "Capture of the Rebel General Wilcox" "Destruction of the Blockade Runner Denbigh". Included is a detailed report from a naval correspondent headed: "Occupation of the Rebel Forts at Sabine Pass".
Also on the ftpg: "Jeff. Davis In Captivity" "Some Call Him a Hero, Some an Assassin, Some a Garibaldi, Some a Man Not Entitled to Sympathy or Respect" "The Assassination" "Another Batch of Booth's Papers Found".
Eight pages, never bound nor trimmed, several creases, good condition.