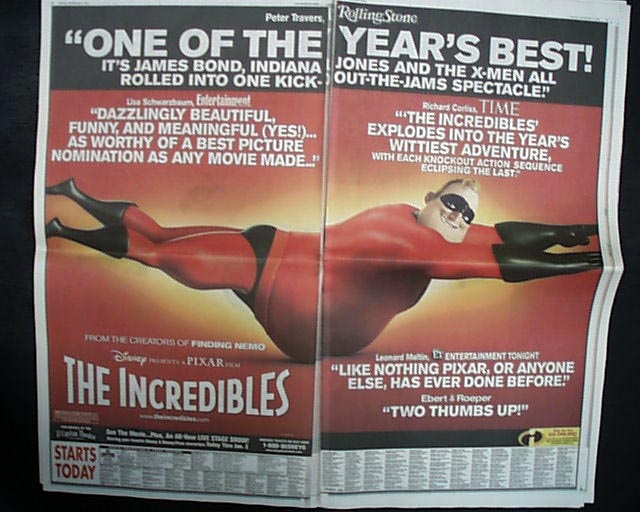 *The Incredibles - premiere ad and review
*The Polar Express

The Calendar Section of this most desired title for movie premieres has: "THE INCREDIBLES", which includes a double page colored advertisement and a lengthy review of this Pixar award winning film (Best Animated Feature Film).
Additionally, there is a pre-release ad for "THE POLAR EXPRESS".
Additional advertisements for other popular movies are also present including "SIDEWAYS" and "ALFIE". See images for details.
The issue is believed to be complete but is being offered for the described content. Good condition.