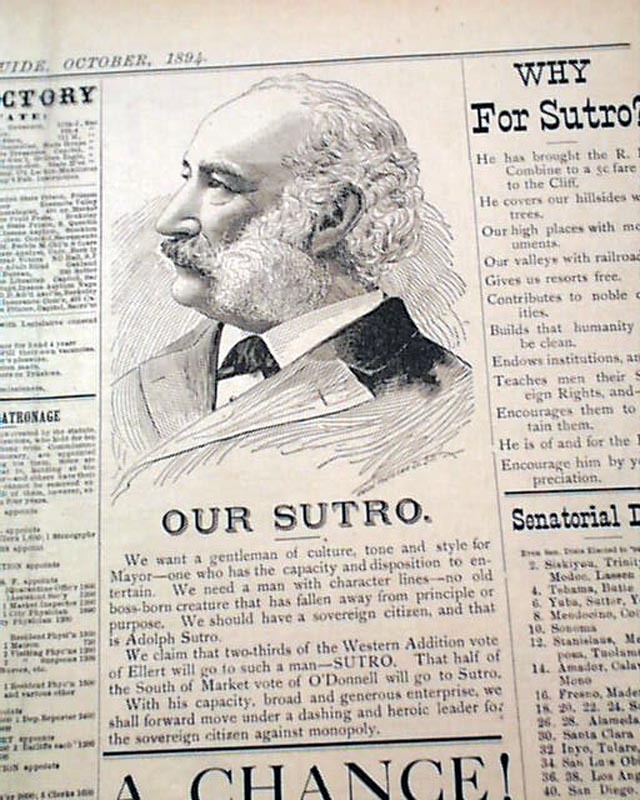 True to its title, this issue is filled with political reports including images of 19 politicians. Also of interest is a back page print captioned: "Our Sutro", being Adolph Sutro who was running for mayor of San Francisco. He would win.
Born a German Jew, Sutro moved to Virginia City, Nevada and made a fortune at the Comstock Lode. Several places in San Francisco bear his name in remembrance of his life and contributions to the city.
Four pages, a few minor margin tears, good condition.