Home > Back to Search Results > Death of famed actor Cary Grant, in a Los Angeles newspaper...
Click image to enlarge 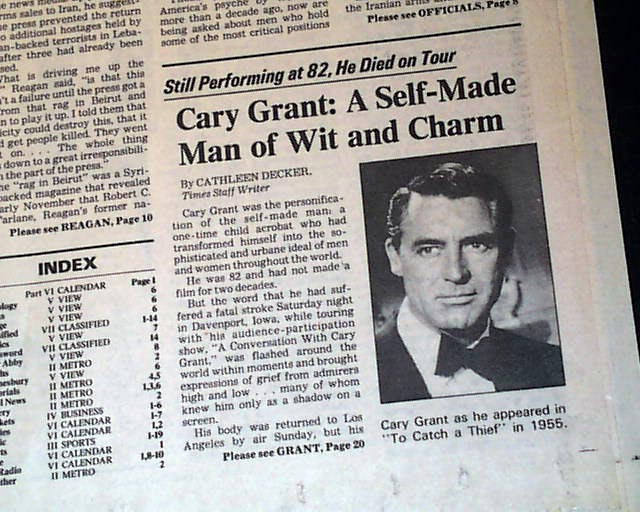 The bottom of the front page has a two column head: "Cary Grant: A Self-Made Man of Wit and Charm" with an intro head: "Still Performing at 82, He Died on Tour". Included is a photo of him. The article carries over to take over half of pages 20 and 21 and includes 5 more photos of him.
Great to have this report not only in a newspaper from the capital of the entertainment industry, but from the city where he lived.
Grant began a career in Hollywood in the early 1930s and became known for his transatlantic accent, debonair demeanor, and light-hearted approach to acting and sense of comic timing. He became an American citizen in 1942.
The complete first section with pages 1-24, very nice, clean condition.